Once again, here in Parshas Devarim, Moshe filled in some important details:

“And we conquered all of the many cities in the kingdom of Og. All these cities were fortified with high walls, double doors, and bolts, in addition to a great many unwalled cities. And we utterly destroyed them, as we did to Sichon! This victory was nothing less than a miracle. A miracle of HaShem!”

“Splendiferous!” the people sure were impressed.

Moshe continued, “Allow me to describe to you the enormous size of Og, and you’ll appreciate this miracle! The crib of Og was built of sturdy iron. I’m talking about a CRIB. A crib of a baby… not a bed of an adult! And do you know why this crib was made of iron?”

Moshe captured the attention of his audience. Nobody made a peep and with bated breath they were waiting for the answer.

“I’ll tell you why!” Moshe called out. “It’s because, even as a baby, if Og had a regular wooden crib it would have broken! That’s why he needed a custom-made strong iron crib!”

“Now if you don’t believe me, let me tell you exactly where that crib is today. You can see it for yourselves.”

“You sure could. It’s kept in the Land of Amon, in a city called Rabbah, for all to see – open to the public. You see, I am not making up these stories!”

“I wonder if they charge admission to this Og Museum?”

“My dear people,” Moshe concluded as he wisely taught them a powerful lesson. “When we look at our enemy as giants, no matter how big they are physically, we don’t stand a chance. But when we trust in the biggest Giant of them all, HaShem, we will surely win! He will fight for us!”

The people got the message. But perhaps not all of them. Perhaps they needed some more convincing.

Moshe continued, “Remember how, back in the Spies Episode, I chose special people to scout out the land. Yet, they failed terribly. It’s because they were frightened out of their wits from the giants. They were small because they thought they were small – “We looked like grasshoppers to ourselves… and so we were in their eyes,” were their words when they entered the land. Indeed, when you feel like a tiny insect, every person you come across is a giant.”

“Wow! What a powerful message!”

“Let me remind you of something else from this Spies Episode,” Moshe said. “Remember how the giants said to each other, “Look! There are little things down there in the vineyards, they’re like people, but as small as ants!” Compare this to the ants that ate through the rock which caused the downfall of Og.

The lesson is clear. When we trust in HaShem, even small ants can defeat the mightiest of giants!”

Bnei Yisrael looked with admiration at their leader Moshe – small in size compared to giant Og – but a true giant – ready to fight for the sake of HaShem.

“Neilech B’Shaim HaShem – We will go forth in the name of HaShem!”

So, what was it, my dear Shazak person personality? Little Moshe vs. Big Og, or Big Moshe vs. Little Og? Think about it. 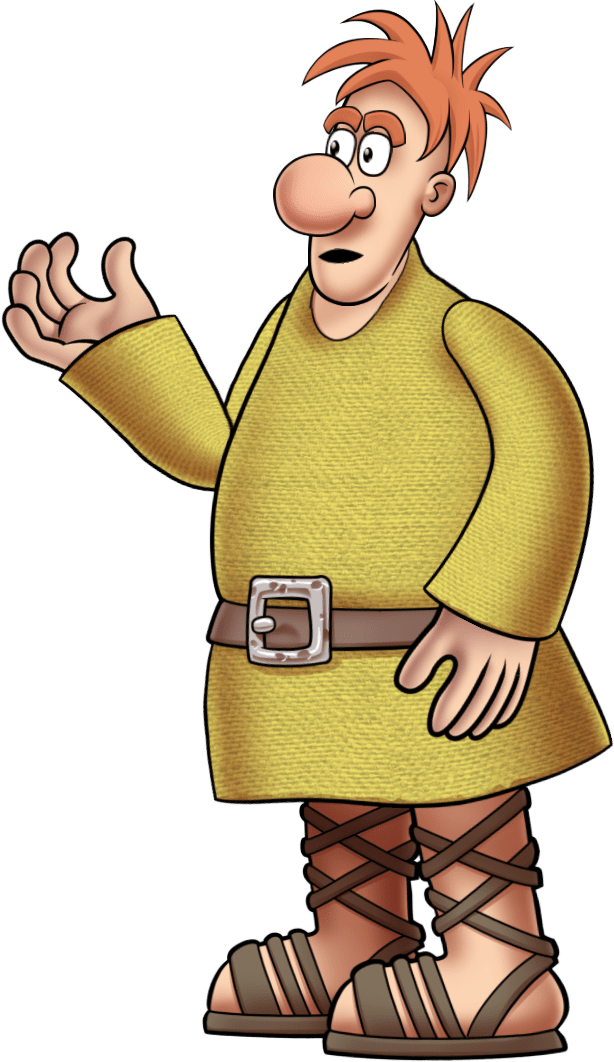