Celebrating the Completion of the Exodus

Puzzle SHAZAK Celebrating the Completion of the Exodus The Torah commands us to celebrate the first and 7th day of Passover as a special Yom Tov. The first day marks our exodus out of Egypt. But this exodus was not complete, since Bnei Yisrael were still in danger of being destroyed by Paraoh’s army. The […]

You Wish it… You Got it! 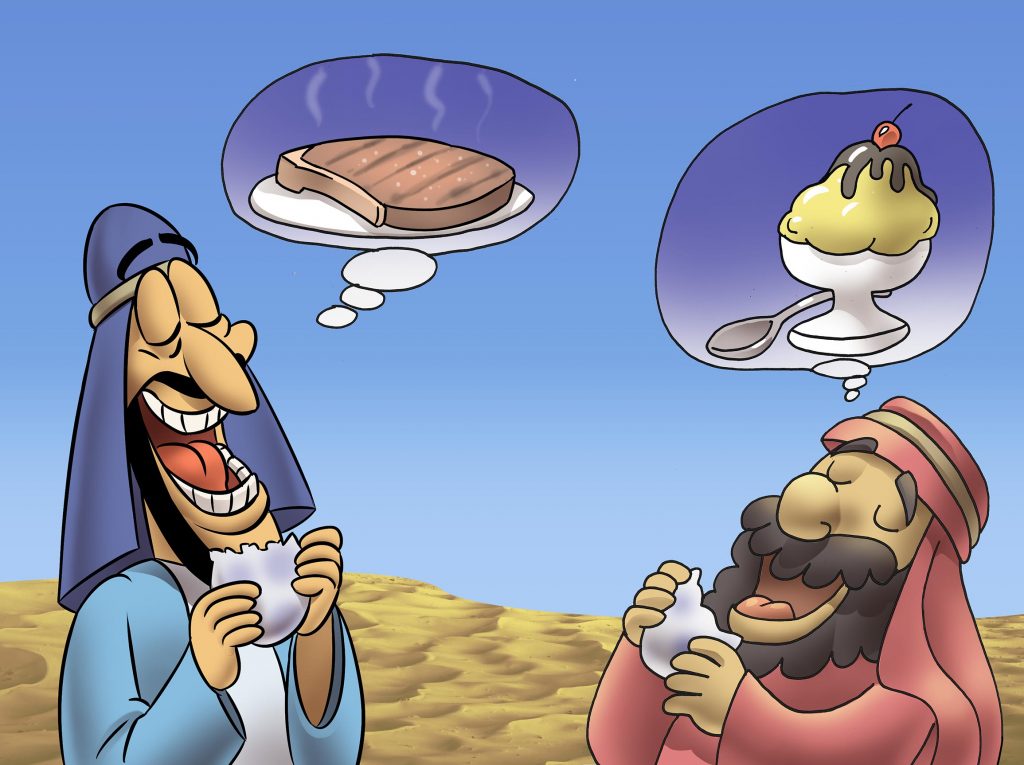 Puzzle SHAZAK You Wish it – You Got it!    The Mann was indeed miraculous. When you ate the Mann, it tasted like anything you wanted it to! If you had a craving for a nice, juicy piece of barbecued steak – poof! It tasted and even smelled just like steak! If your friend wanted […] 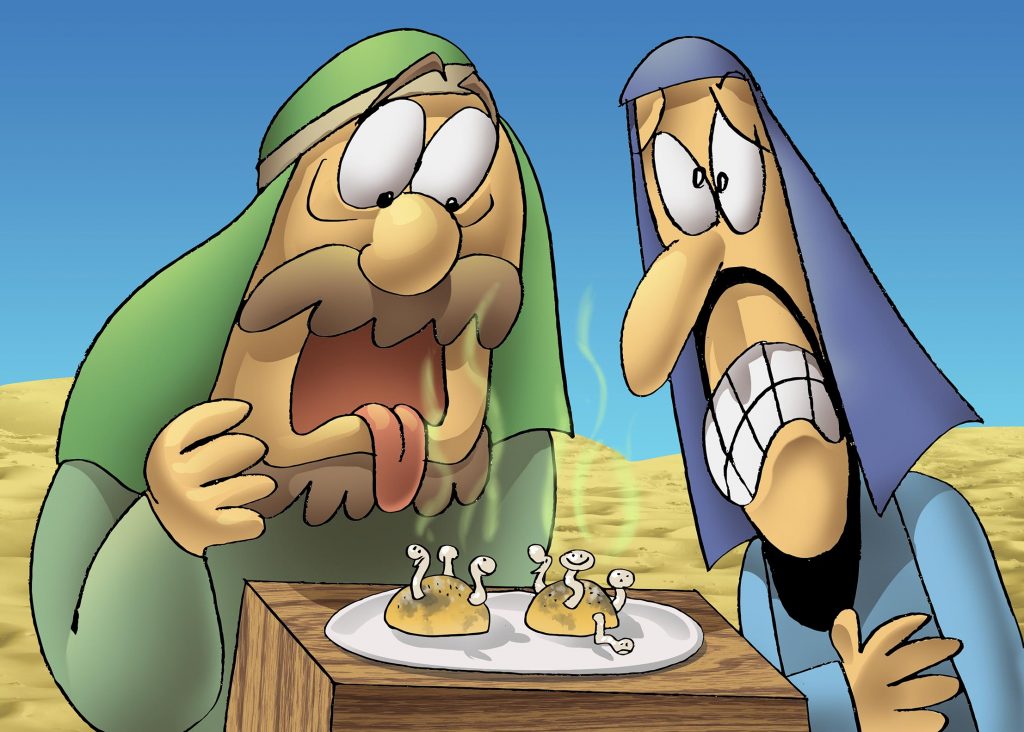 Puzzle SHAZAK Mann – Food of Faith Moshe gave clear orders to Bnei Yisrael, “Every day finish eating the Mann. Do not save any for the following day. Have faith in HaShem for He will provide you every day with Mann.” Do you remember the brothers, Dasan and Aviram? Moshe had to break up their […] 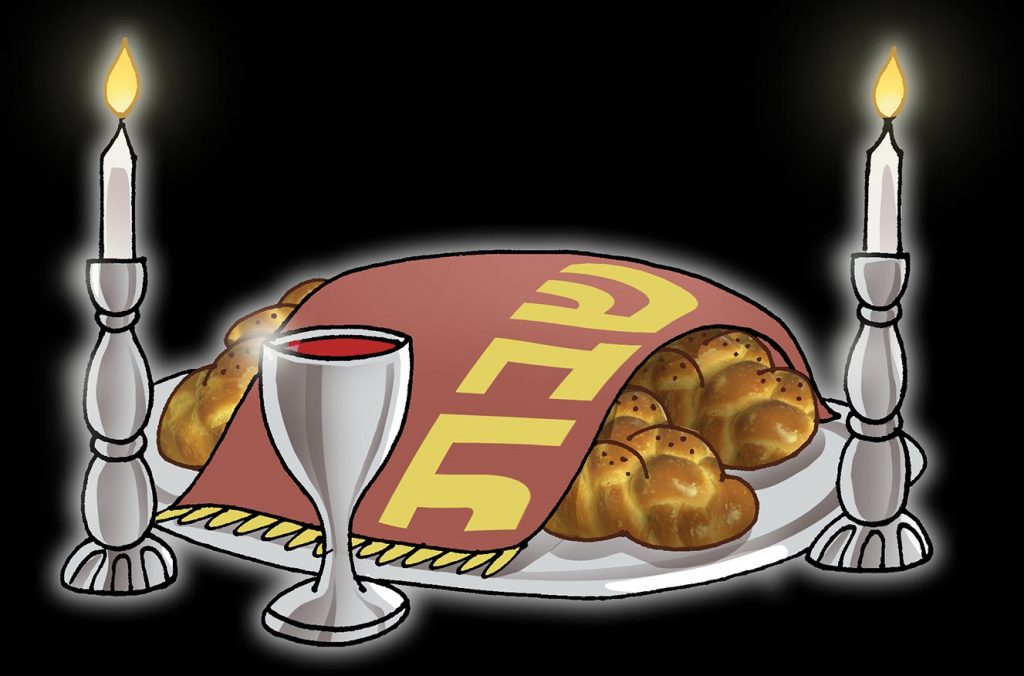 Puzzle SHAZAK Double Portion However that Friday, Erev Shabbos, Bnei Yisrael gathered their family’s portions of Mann, but when they brought it home they found that their portions doubled. Confused, they asked Moshe. “Why is this day different from all other days?” “What is the meaning behind this double portion?” “Moshe Rabbeinu, I am all […]

INSIGHT: Chicago: The Windy City Puzzle SHAZAK Hooligans Dasan and Aviram were really angry at Moshe and they planned to mock him in front of all Bnei Yisrael. On Shabbos night, while everyone slept, the two brothers placed their extra portion of Mann outside. When everyone woke up that Shabbos morning, they went around to […]

INSIGHT: What Happened to the Jar of Mann? Puzzle SHAZAK Show and Tell Moshe held up a jar of Mann for all Bnei Yisrael to see. He turned to his people and said, “I have an important message from HaShem. Look at this jar, my fellow Jews. Look very carefully. Inside is one measurement of […] 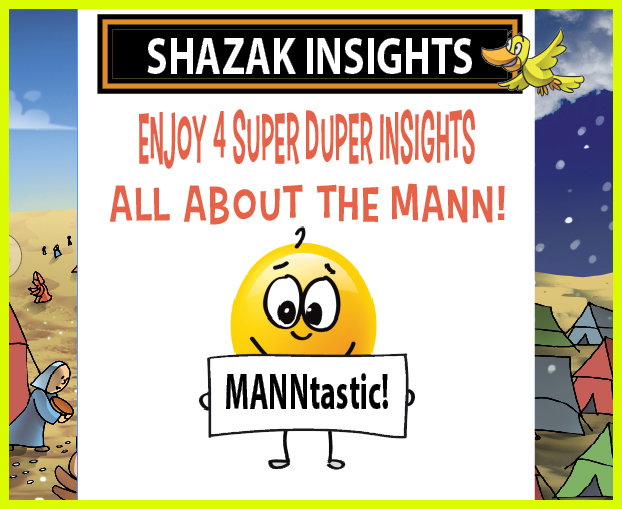 INSIGHT: Wonder BreadWhat Blessing for the Mann?Food for Thought #1Food for Thought #2 Puzzle SHAZAK Hi… It’s me. Benny.   Did you know that… There are 4 AMAZING, FANTABULOUS INSIGHTS BELOW?!  YES 4! This hardly ever happens. Shazak insight Wonder Bread Ever wonder why we begin our Shabbos meals with 2 loaves of tasty Challah? It’s […]

INSIGHT: Why the Staff?! Puzzle SHAZAK Water from a Rock?! Bnei Yisrael continued to travel until they reached a place called Refidim. The people were getting very thirsty again, but once again there was no water to be found. Some ungrateful Jews shouted angrily at Moshe, “Where’s HaShem now? Huh Moshe?” “We’re dying of thirst […] 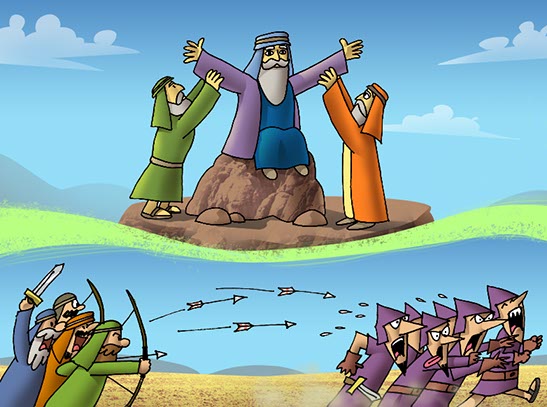 Puzzle SHAZAK Attacked Again! It seems that there was never a dull moment for Bnei Yisrael as they traveled through the dangerous desert. In Refidim, they ran into an old enemy… the nation of Amalek, the descendants of Eisav. Just as Eisav hated his brother Yaakov, so did his people hate the Jewish people. Upon […]