INSIGHT: If Only Chava Would Have Known

“Do NOT Change a Thing” Flashback 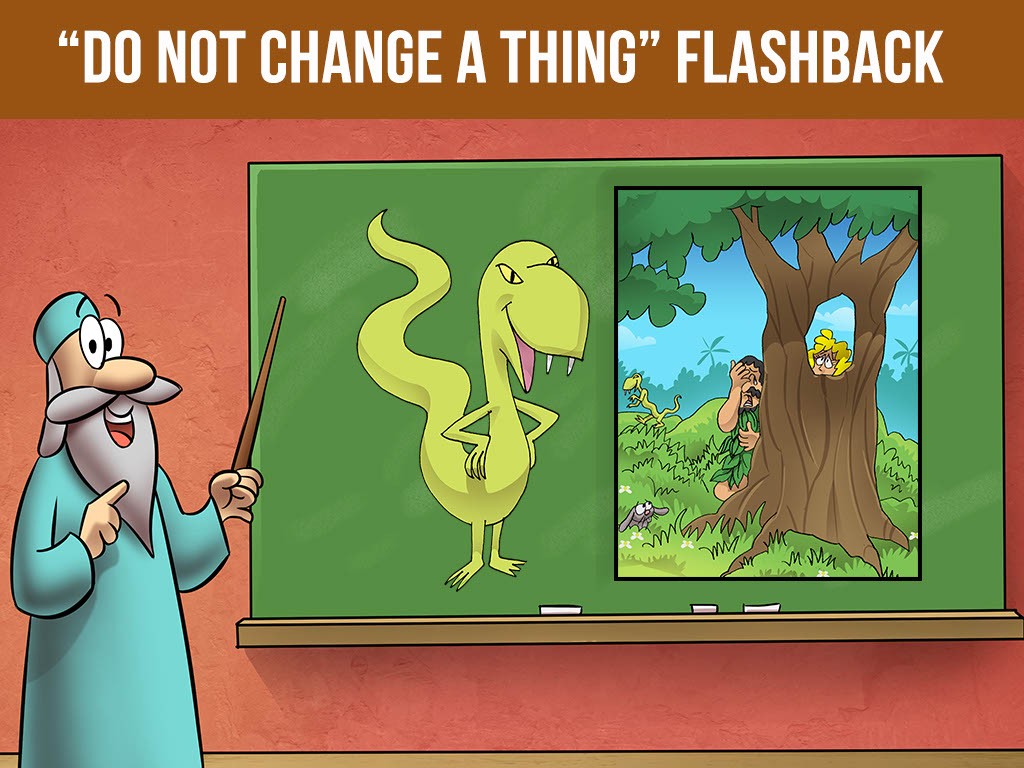 “Do NOT Change a Thing” Flashback

How interesting! The wording of the Torah is clear, “Do not add and do not subtract from the Mitzvos of the Torah.” Some of our wise Rabbis interpret “and” as “in order” – “Do not add in order not to subtract.”

To understand this, it’s time for a Shazak Flashback.

Let’s go back to the very first Parsha of the Torah, to the story of the most beautiful garden on earth, called Gan Eden, populated by none other than Adam and Chava, the first man and the first woman. It’s a tragic story where we find “adding” that led to “subtracting.” And the final result? A total DISASTER!

HaShem commanded Adam, “Eat fruit from any of the trees in the garden. But DO NOT eat from the tree in the middle of Gan Eden – the Tree of Knowledge, the Eitz Ha’Daas. If you eat that fruit, you will deserve to die.”

Adam went to his wife, “Chava, this is what HaShem instructed us… we cannot eat fruit from the Tree of Knowledge …”. Just to be on the safe side, Adam added something that HaShem never told him, “And Chava, we can’t even touch that tree!”

Shortly after, a sly, sneaky, snake met up with Chava. At that time, HaShem had given the snake the ability to talk, and even to walk upright.

The snake said to Chava, “Hsssss. Is it really true that HaShem told you not to eat any of the fruits of Gan Eden?”

“Oh, no, not at all,” said Chava. “We are allowed to eat from all the fruits of the trees, just not from the Tree of Knowledge – or else we will deserve to die. For that matter, we can’t even touch it!”

At that moment, the snake pushed Chava into the tree.

“See?” yelled the snake. “You just touched the tree, and didn’t die! Now, trust me. Eat from the tree and absolutely nothing will happen to you.”

“Hmmm”… thought Chava. “Adam was wrong. He said we would die if we touched the tree!”

To make a long story short – Chava ate from the tree; convinced Adam to eat from the tree; they were punished and kicked out of Gan Eden; and everybody did not live happily ever after.

Because Adam had added “Do Not Touch,” both Adam and Chava ended up subtracting the one “Mitzvah” they were given (that’s right, all they had at the time was one commandment – do not eat from the Tree of Knowledge).

So there you have it… “Do not add in order not to subtract.”

If Only Chava Would Have Known

If Chava would have known that it was Adam’s addition, naturally, she would have understood why nothing happened to her when she touched the tree. That’s because HaShem never commanded Adam or Chava not to touch it! He only commanded them not to eat from the fruit.

And who knows? If she would have only realized that not touching the fruit was her husband’s idea, perhaps the snake would not have been able to convince her to eat from the Tree of Knowledge, and everybody would have “lived happily ever after.”