At first it was just a little drizzle and the wicked people continued to laugh.

“Sure, Noach. Some flood. I think I felt a few drops on my head. Let me rush back to my house to get my umbrella… Ha! Ha!”

But before long, the windows of heaven opened and the drizzle turned into a massive downpour. Hot springs from deep down in the earth broke open and began gushing out boiling hot water! Oceans, lakes, and rivers started to overflow.

As the water level began to climb higher and higher, the wicked people tried to find safety in tall trees and on mountaintops. But it was too late. They had missed their chance.

The mabul destroyed everything and everyone (except the fish). The only safe place on earth was now inside Noach’s Teivah.

The waters continued raging for 40 days and 40 nights. The entire world was covered with water – even the tallest mountain! 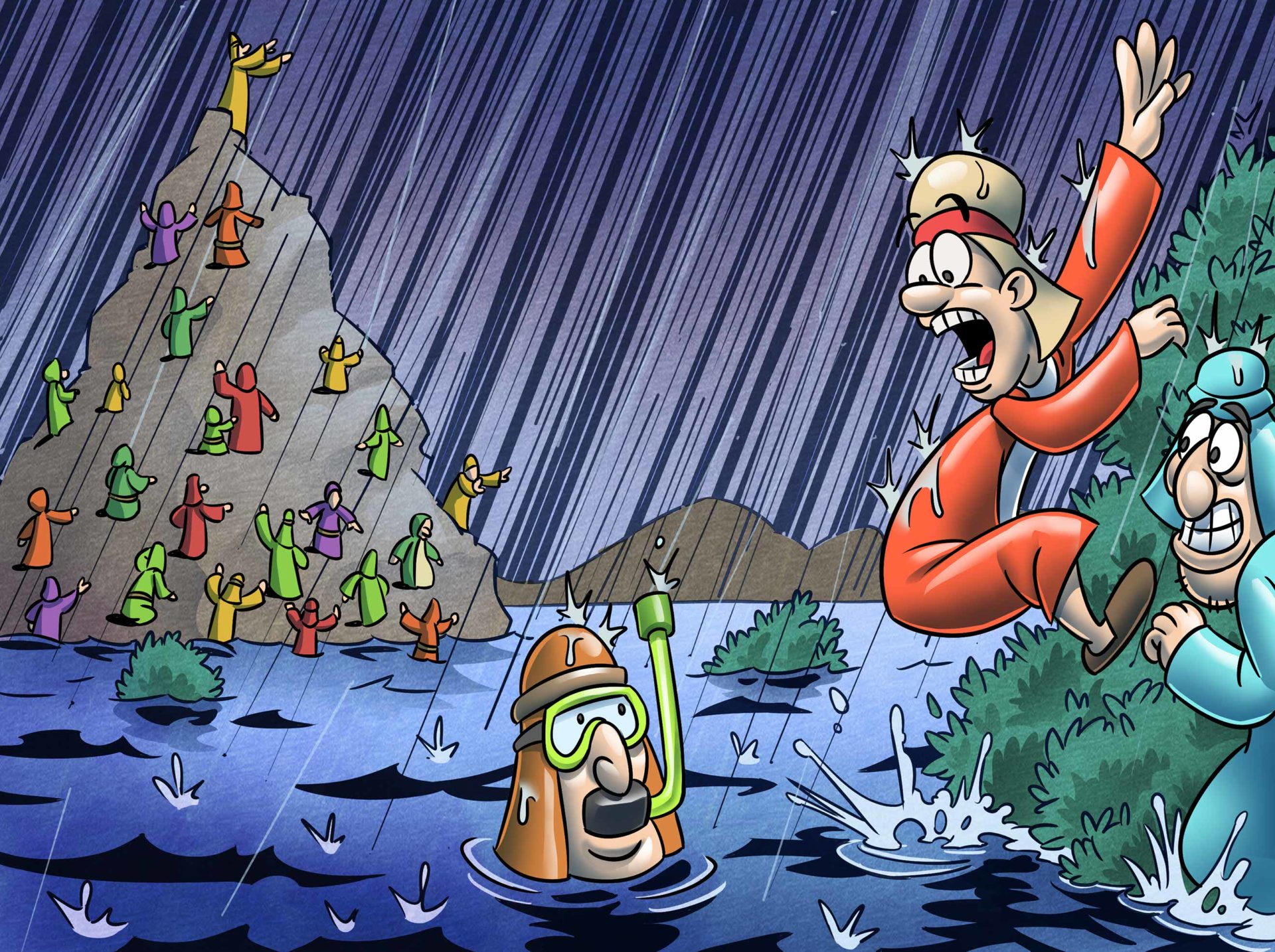 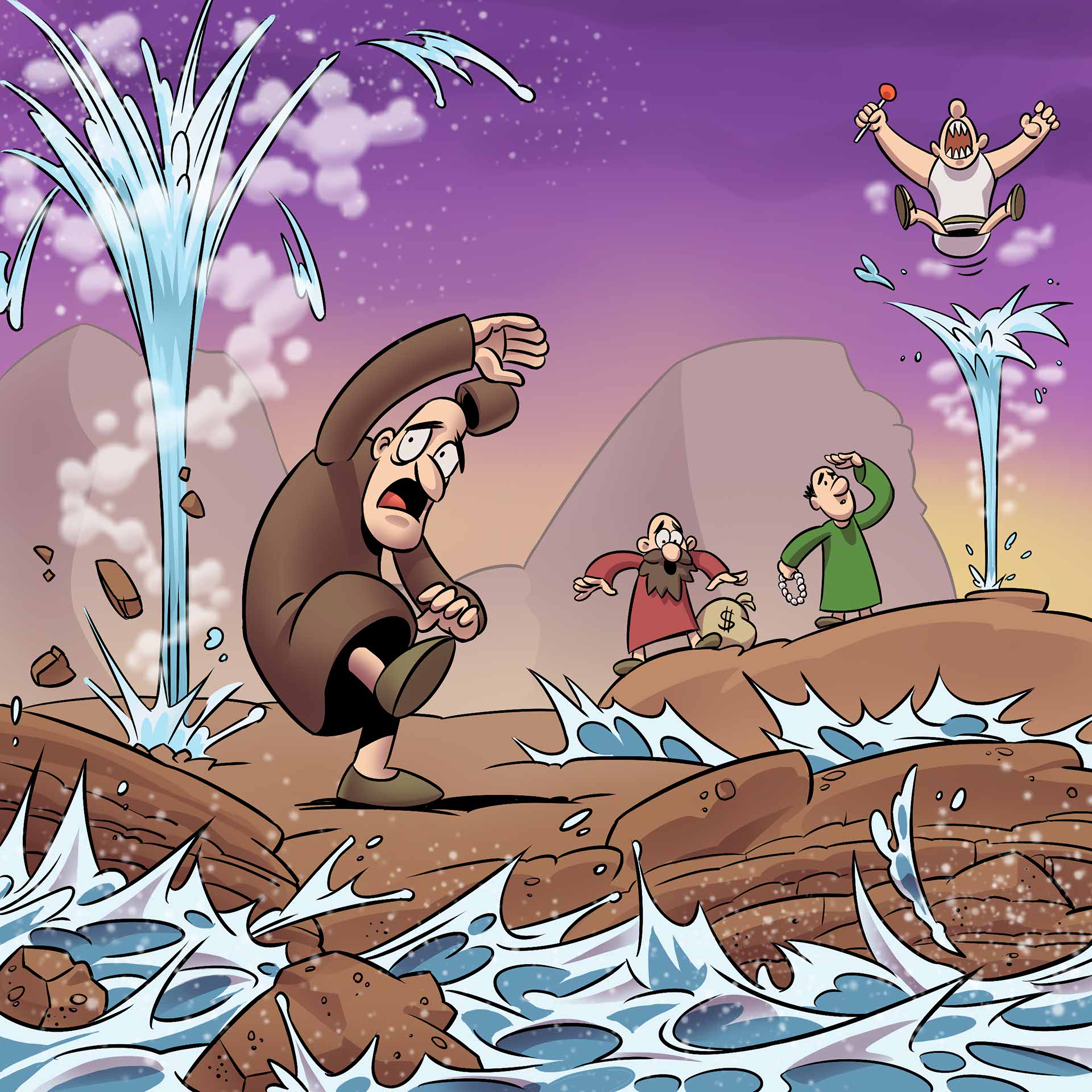