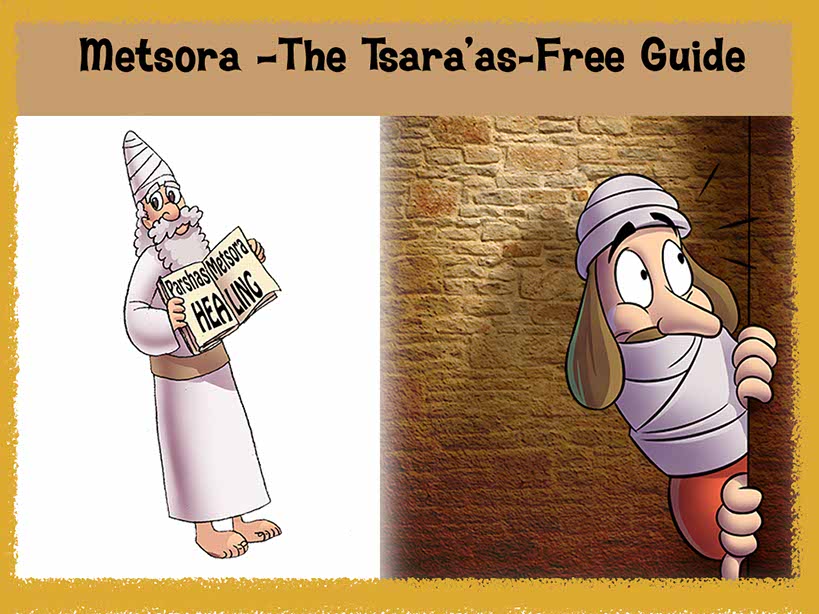 Last week, in Parshas Tazria, we learned about an unusual miraculous disease. It happened to a person who spread Lashon HaRa, evil gossip. In Hebrew it’s called Tsara’as; in English it’s leprosy – but it isn’t the same kind of leprosy that exists nowadays. In this week’s Parsha, Parshas Metsora, we’ll learn more about how a person becomes purified and rids himself of this awful disease.

Shazak? Not recommended. Too much Torah. And if you don't believe me you can ask my good friend King Nimrod. And my wonderful slave drivers. And... and... Oops my memory is going.