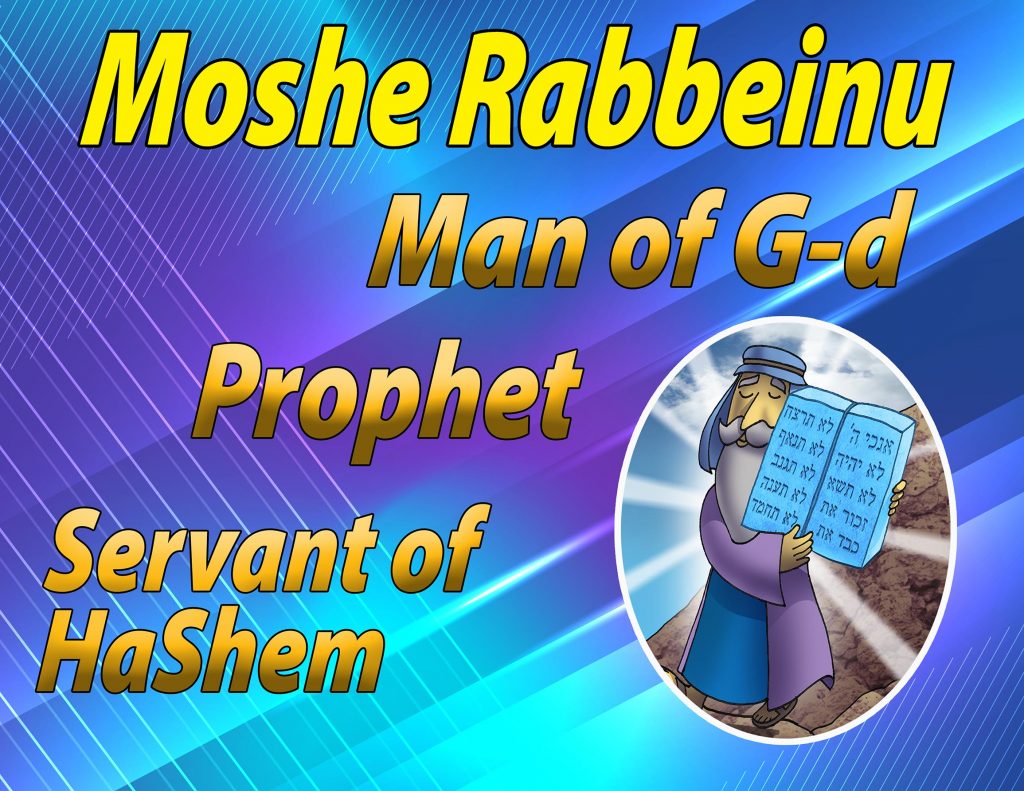 Let’s begin the Parsha with some questions:

If you have learned Chumash or read and/or listened to Shazak Parsha, you probably would reply, “YES, YES, YES! OBVIOUSLY!”

A holy person? Of course… Moshe’s Torah study partner up on the mountain was none other than Hashem!

A prophet? Certainly! At a moment’s notice, Moshe was always ready to speak with HaShem, which he did quite often!

A servant of HaShem? You better believe it! He was ready to risk his life to carry out the will of Hashem!”

Yet, despite the obvious, here in the last Parsha, Parshas V’Zos HaBracha, HaShem finds it important that we should know that Moshe was a…

And certainly, there is no need to describe them after we already read about them. The Torah’s message is clear: “If you want to know about these Torah figures… go ahead and read about them in the Torah!”

Despite this, back in Shemos the Torah has a detailed introduction to Moshe Rabbeinu starting with his incredible birth. Highly Unusual! Then, after being the main figure throughout the rest of the Chumash, he is awarded a “character summary” at the end of the Chumash, here in Parshas V’Zos HaBracha! Even more unusual!

What’s that all about? The one person whom we know better than any other figure in the entire Chumash needs a character summary?! Why was Moshe an exception?

The answer is… because he was exceptional! It’s because of Moshe, servant of HaShem, G-dly person and prophet, the greatest ever, that there is a Jewish people today, with the Torah, our most precious treasure.