INSIGHT: Hidden from Yaakov... Revealed to Moshe! The No-Vowel “Yam” 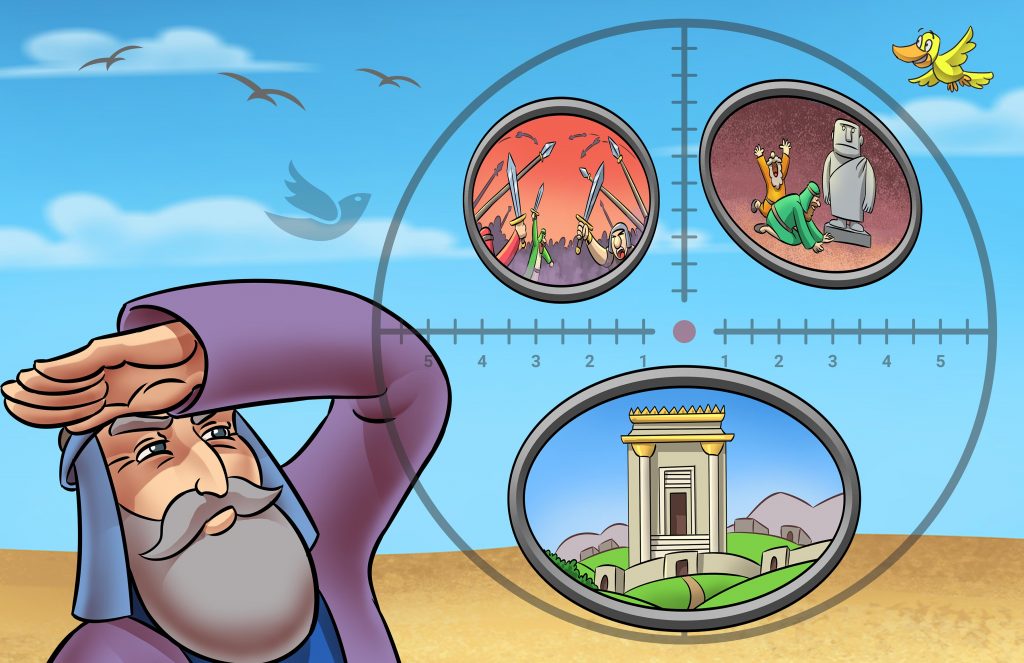 When Moshe was finished blessing the people, HaShem told him, “Now, go up on Mount Nevo.” Moshe’s time on this earth was up. He lived a complete life – a life of leadership – full of holiness and kindness.

Moshe, who had just turned 120 years old, climbed the tall mountain in a single leap. From the top, he could see the entire Land of Israel spread out below.

It was amazing! It was as if Moshe Rabbeinu was looking through a super-powerful telescope. HaShem let him see it all. He saw the exact boundaries of the land, divided amongst the 12 tribes. Moshe also got a perfect view of the Me’aras HaMachpeilah, the burial place of Adam and Chavah, Avraham and Sarah, Yitzchak and Rivkah, and Yaakov and Leah.

Besides for this fantabulous “telescope,” HaShem also supplied Moshe with a super high-tech “projector screen” that miraculously showed him the events that would take place in the future – both the good and the bad. He saw Yehoshua at war, conquering the land. He saw the Tribe of Naftali worshipping idols in the new land (OH NO!). He viewed the kingdom of Dovid HaMelech, and clearly saw King Shlomo preparing the vessels of the Beis HaMikdash (OH YES!).

HaShem showed him all the major events up until Yom HaAcharon – “the last day” – including the amazing miracle of Techiyas HaMeisim, the dead coming back to life, which will happen in the days of Moshiach.

Moshe now heard HaShem’s powerful words, “Moshe, go tell Avraham, Yitzchak, and Yaakov that I have kept my promise to them – I have given this land to their children!”

There are AMAZING, FANTABULOUS INSIGHTS BELOW?! CHECK IT OUT!

The Big Secret – Hidden from Yaakov and Revealed to Moshe!

Remember back in Parshas VaYechi, the last Parsha of the Book of Bereishis, when Yaakov blessed his 12 sons (a.k.a. the 12 Shevatim – Tribes) just before he passed away? Yaakov did not only give blessings – prophecies were also included in his final words.

Although there are so many similarities between the blessings and prophecies of Yaakov and Moshe prior to their deaths, Rabbi Shlomo Ephraim Luntschitz of Prague (1550-1619), author of the Kli Yakar on the Chumash, points out one major difference:

How different Moshe’s passing, when HaShem showed him everything “until the last days,” including the miracles of the time of Moshiach. THE BIG SECRET was no longer a secret (at least to Moshe Rabbeinu).

“HaYam Ha’acharon” is another “no vowel” example, which uncovers another hidden meaning.

In the words of Rashi:

Do not read it, “HaYam Ha’acharon” referring to the sea in the west, rather read it, “HaYom Ha’Acharon” – meaning “the last days.” Hashem revealed to Moshe everything, until “the last days,” called Techiyas HaMeisim – (when those who passed away will come to life again)!” 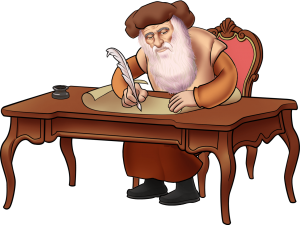