INSIGHT: “Dinner anyone?” Not so fast.

Again, HaShem told Moshe to warn Paraoh of another plague that was around the corner. Moshe went to the palace and said, “Let my people go so they may serve HaShem. If not, your land will be overrun with fierce and ferocious animals! You, your servants and your entire nation will suffer terribly!”

Within moments, wild beasts swept over Egypt. Out of the desert came lions, tigers, bears, snakes, scorpions, and other dangerous creatures. They were everywhere, tearing up trees, crops and gardens… except in the Jewish land of Goshen.

The Egyptians were terrified!

Paraoh quickly called for Moshe and Aharon. “Enough! Enough!” cried the frightened king. “I give up. Your people are granted permission to offer sacrifices to your G-d. But it will have to be right here in Egypt.”

“Sorry, Paraoh,” answered Moshe. “That’s not good enough. We demand to go into the desert for 3 days. There, we will sacrifice lambs, which you Egyptians worship. Don’t you think your people will stone us when they witness this?”

“All right, Moshe!” Paraoh reluctantly gave in. “Just don’t wander off too far. Of course, this is on condition that you ask your G-d to stop this terrible plague!”

“Agreed,” answered Moshe. “As soon as I leave you, I will pray to HaShem. The wild animals will all be gone tomorrow. But, Paraoh, I am warning you – DO NOT change your mind!”

HaShem accepted Moshe’s prayers and every wild animal vanished from the land. Not even one was left.

Predictably, Paraoh broke his word again. His heart became even harder to crack. Egypt would now suffer yet another plague.

“Dinner anyone?” Not so fast.

Unlike the plague of frogs which remained in Egypt and stunk up the land, the wild animals disappeared from Egypt without leaving a trace.

This was because HaShem did not want the Egyptians to benefit from the dead animals by using their meat for food or their skins for leather. 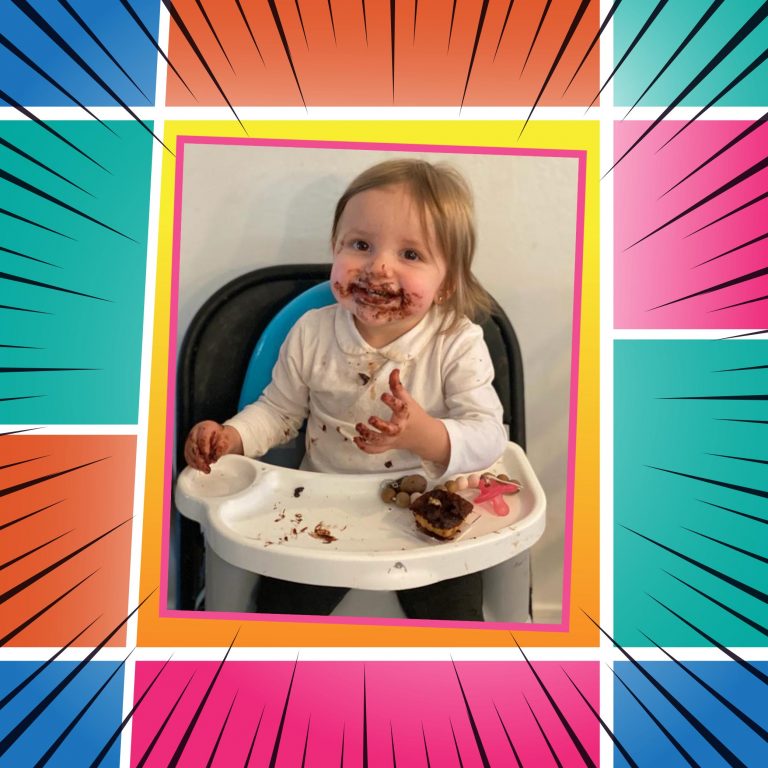 Translation: Mommy, Tatty I love Shazak even more than chocolate.