“Eichah Esah Levodi” – How can I, all by myself, work out all your troubles and bickering?” Moshe cried out!

The answer to that question is, “Impossible! No one person can tackle that job.”

Indeed, now, more than ever, as the Jewish nation is about to enter Eretz Yisrael, Moshe reminded his people of the importance of setting up courts of law. After all, in this new land there will be a lot more business partnerships and plenty of issues that need to be resolved – certainly a lot more going on than in their “boring” life in the desert.

Truly, it was impossible for Moshe to be a one-man-do-it-all-court-of-Jewish-law, so he followed the great advice that he learned from his father-in-law Yisro, back in… you guessed it, Parshas Yisro. It’s called “delegating responsibility.”

Time for another Shazak Flashback:

“Moshe, my dear son-in-law,” Yisro implored, “judging an entire nation is much too much work for one man. If you go on like this, you will wear yourself out. Besides, it’s not right to keep people standing and waiting for hours in order to have a meeting with you.”

Yisro took a deep breath and continued. “Take my advice, Moshe. It’s called ‘delegating responsibility.’ Choose an entire staff of smart, G-d-fearing, and trustworthy people, and train them to be judges. Let them handle the small cases, and you take care of the big, important cases, you know… the ones that deal with a lot of money.”

“As long as you listen to the judges and the Torah they teach,” Moshe concluded, “you can be certain that HaShem will take good care of you.”

And what do we read on Tishah B’Av?

It’s the Book of Eichah (a.k.a. Book of Lamentations), which tells us the sad story of Tisha B’Av and begins, “Eichah Yoshva Bodod” (“How does the city sit alone?).

Not really. Some people also have the custom to read the section of Eichah, here in Devarim, with the same sad tune as the Book of Eichah that we read on Tishah B’Av. 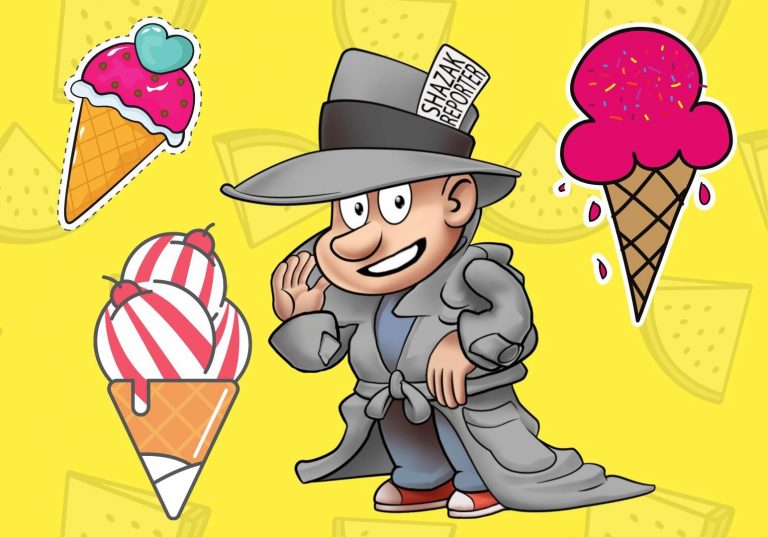 Did you know learning Torah could be this much fun? Do you like ice cream?