A Generation of Chaos! 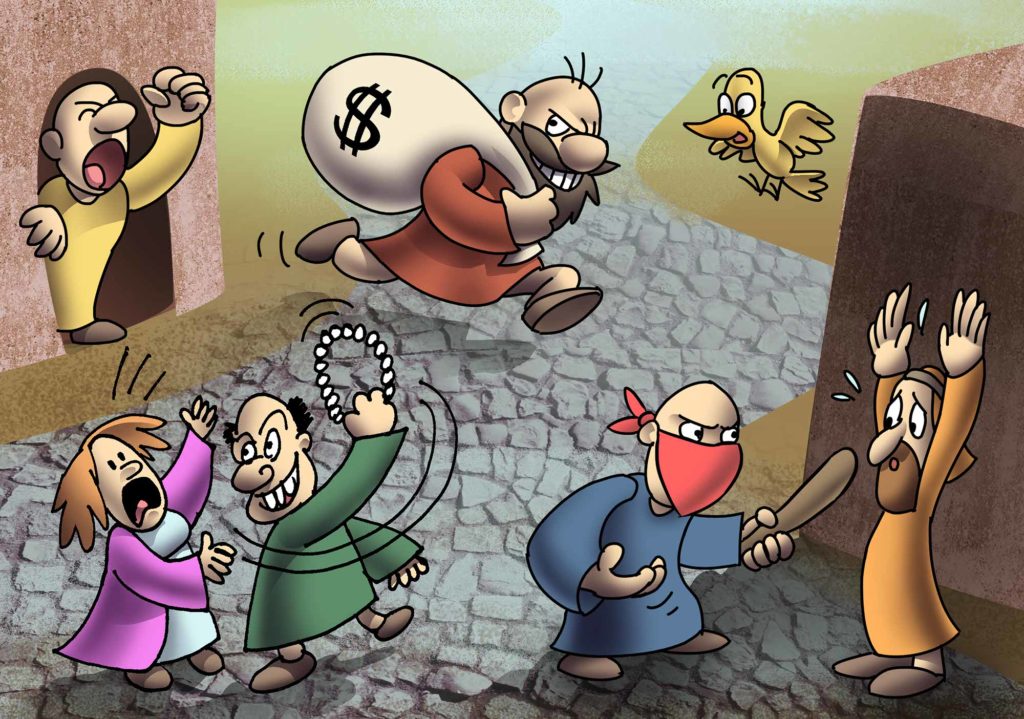 After Adam and Chavah were sent out of Gan Eden, life on earth took a turn for the worse. People forgot about the Creator of the universe. They began praying to the sun, the moon, and even to statues made of wood or stone!
HaShem was very angry and wanted to destroy all the people of the world. But He waited, in the hope that they would stop serving idols and remember HaShem who created them. But instead – things went from bad to worse.
The people who lived in the tenth generation after Adam were the worst of all. Besides the idol worship, they shamelessly stole from each other – even in broad daylight! And the judges in the courts were just as crooked as the thieves, so the bad guys were never punished.
IT WAS TOTAL CHAOS!