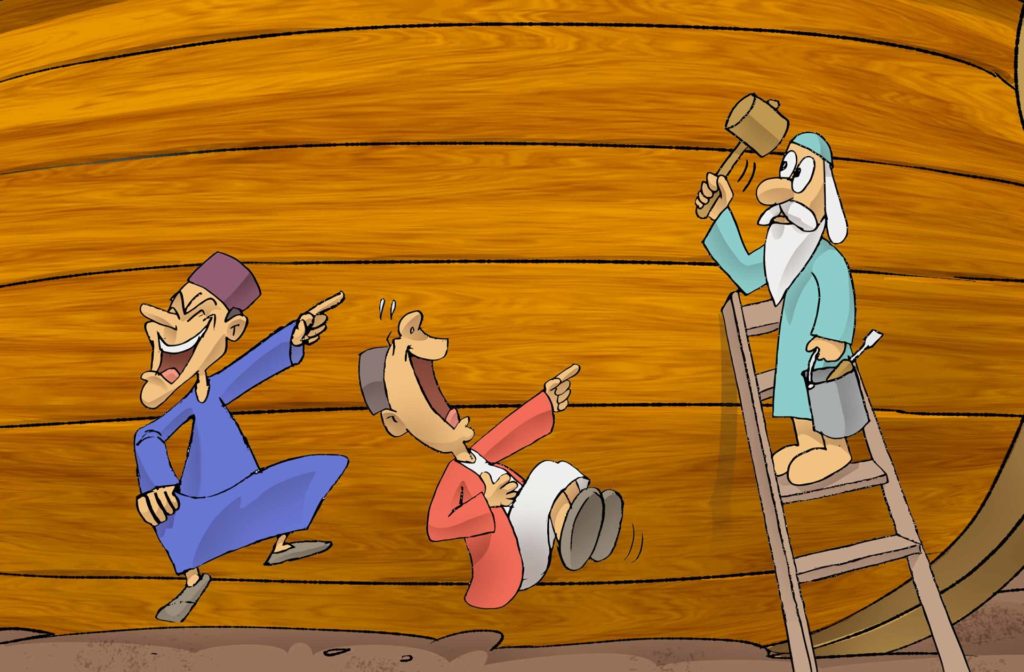 The sound of construction filled the air. Day in… day out. Noach knew that as he hammered each new board, destruction of his generation was coming closer… unless the wicked people REPENT!
Word spread throughout the land that a crazy man was building a boat to save himself from a flood, yet nobody took him seriously. People often stopped by to make fun of Noach as he and his sons sawed and hammered away.
“Hey Noach, what are you doing up there?”
“I’m building a Teivah, because HaShem told me that there will be a great flood that will destroy the world!”
“A flood, eh? That’s a pretty good joke, Noach! Ha, Ha, Ha! Hardy Ho Ho!”
“It’s no joke. The flood will destroy everything, including you, unless you do Teshuvah (repent) and stop your wicked ways!”
“Sure, Noach. Ha! Ha! Ha! Sure, Noach.”
“It’s true! Don’t miss your chance! Before it’s too late!”
“Ooooh, I’m sooooo scared! Well, have fun building your Teivah! A flood you say… now that’s funny…”
And the people would go off, laughing in disbelief. Yet, in 120 years, not even one person repented!