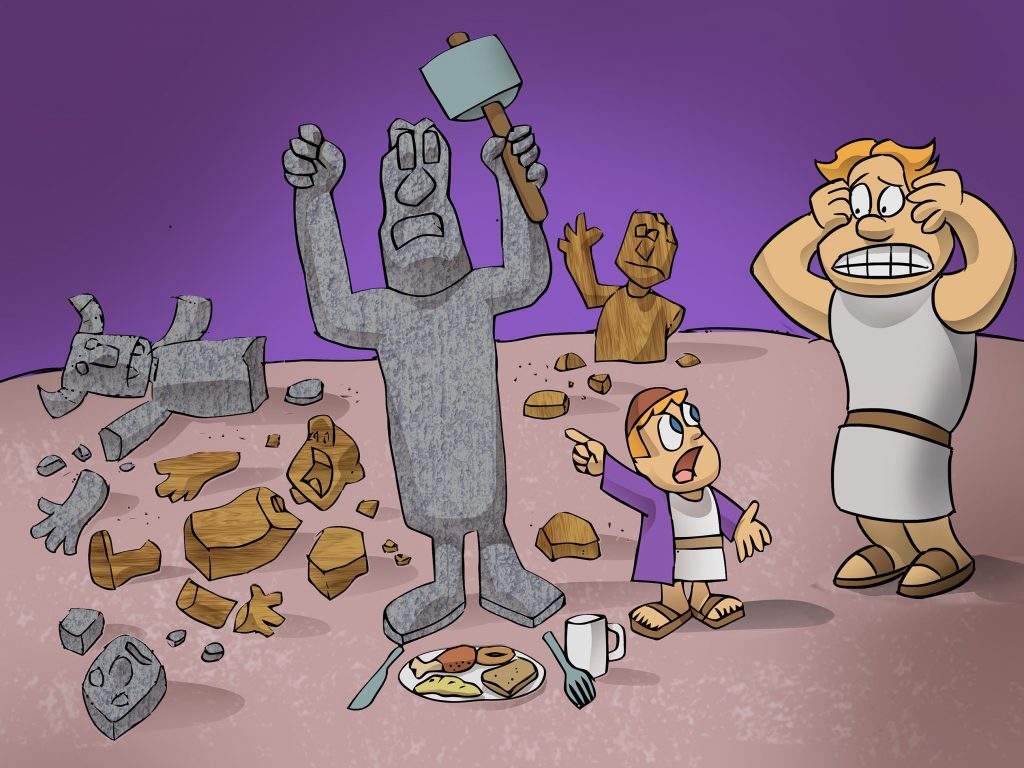 Upon returning home, Terach entered his store and… What a shock! What a mess! “What on earth could have happened here?” Terach demanded to know.
Avram replied, “See that big idol standing over there? All of the idols were shouting and fighting over the food, and the biggest and strongest one grabbed an ax and smashed all the others to pieces! There was no way I could stop him.”
“What?” Terach exclaimed. “That’s impossible! That’s just a piece of rock. It can’t eat. It can’t talk. It can’t hear. It can’t move. It certainly can’t use an ax!”
“Father,” Avram replied, “you are quite right. But if an idol can’t eat, can’t talk, can’t hear, can’t move and does not have any power, then why in the world do you bow down to it?!”
Do you think Terach realized the truth in his son’s words? No way. He was burning angry!