A Fire and a Miracle 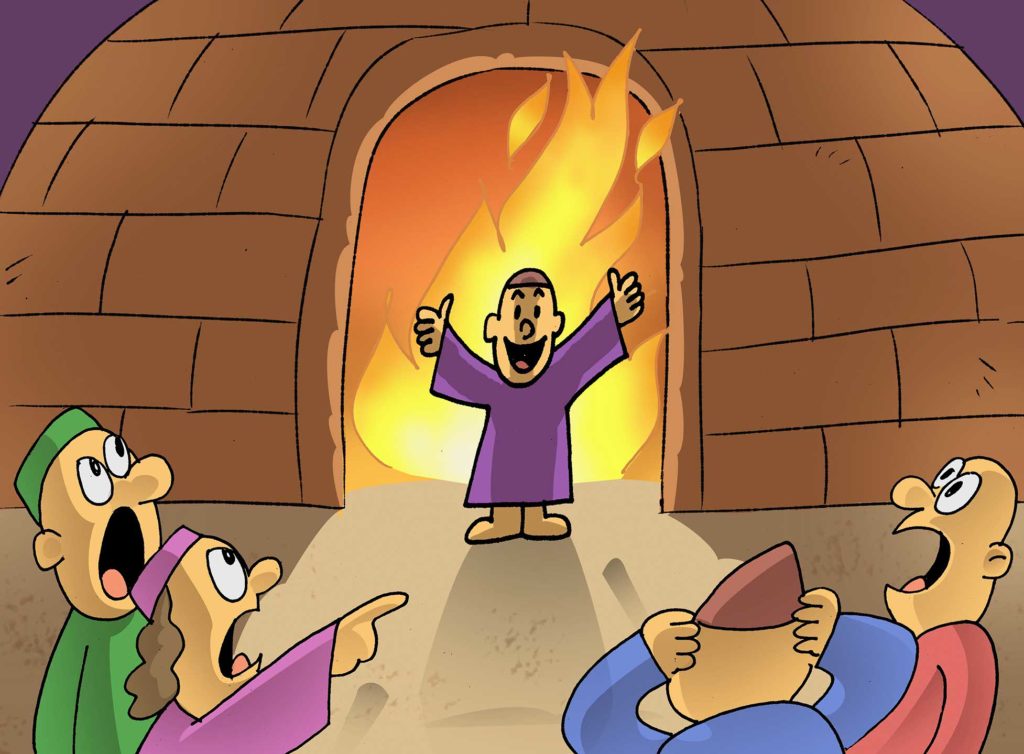 After the idol-smashing incident, Terach informed King Nimrod about Avram’s “terrible” act. Nimrod immediately brought Avram to a fiery furnace near his palace, pointed to an idol, and cried out to him, “Bow down to this idol or be thrown into this fire!”
This did not frighten Avram. He knew that a human king can never be more powerful than HaShem. He refused to bow down to the idol. Nimrod was furious and he ordered Avram to be thrown into the flames!
But miracle of miracles! HaShem commanded the fire not to harm the one who has served Him so faithfully. Avram came out from the fire without a burn or a scratch! He announced to all, ”It is HaShem, the Creator of the world, who saved me.”
As soon as Haran, Avram’s younger brother, witnessed this great miracle, he declared, “Amazing, Avram! I now believe in the ONE AND ONLY HASHEM.”
Immediately, King Nimrod’s officers seized Haran and threw him into the flames. But unlike his brother, the great Tzaddik Avram, Haran did not survive the intense fire of the furnace. Avram was devastated and decided that from then on he will take care of Haran’s orphaned children, Lot and his sister Sarai.
Terach, Avram and their families settled in a place called Charan, far away from the wicked Nimrod.
Years passed. Avram continued to learn more and more about HaShem and went around teaching as many people as possible all about the Creator of the world. He also ended up marrying his niece, Sarai – MAZAL TOV! CONGRATULATIONS!