The Cupboard Was Bare 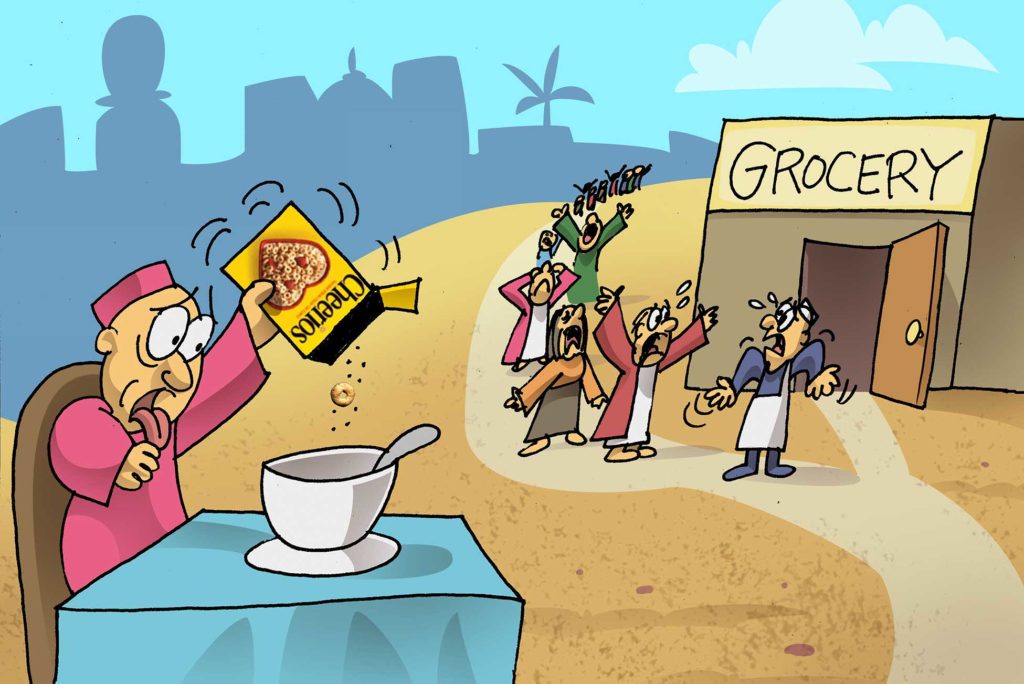 After traveling for a very long time, they finally made it to the Land of Israel (then known as the Land of Cana’an). “Great! We finally arrived to the place HaShem told us to go!” they all proclaimed.
Yet, it was not so great after all. A terrible HUNGER came upon the land. The rain stopped falling. Drought set in, crops stopped growing, and fruit trees stopped blossoming.
The people began to get hungry, but there was no food to be found. There wasn’t a crumb of bread in the breadbox. People were waiting in line at the stores, but the shelves were bare.
But did Avram complain? Did he say, “Oy! Why has HaShem brought me to this land? To starve me and my family?” NO! With calm faith, he said to Sarai, “I hear that Egypt has plenty of food. Let’s go down there.”
Avram’s only regret was that he and Sarai would not be able to fulfill the Mitzvah of inviting guests while in Egypt. Well, there was no time to think about that. They had no choice but to head down south to Egypt to find food. AND THE SOONER THE BETTER!