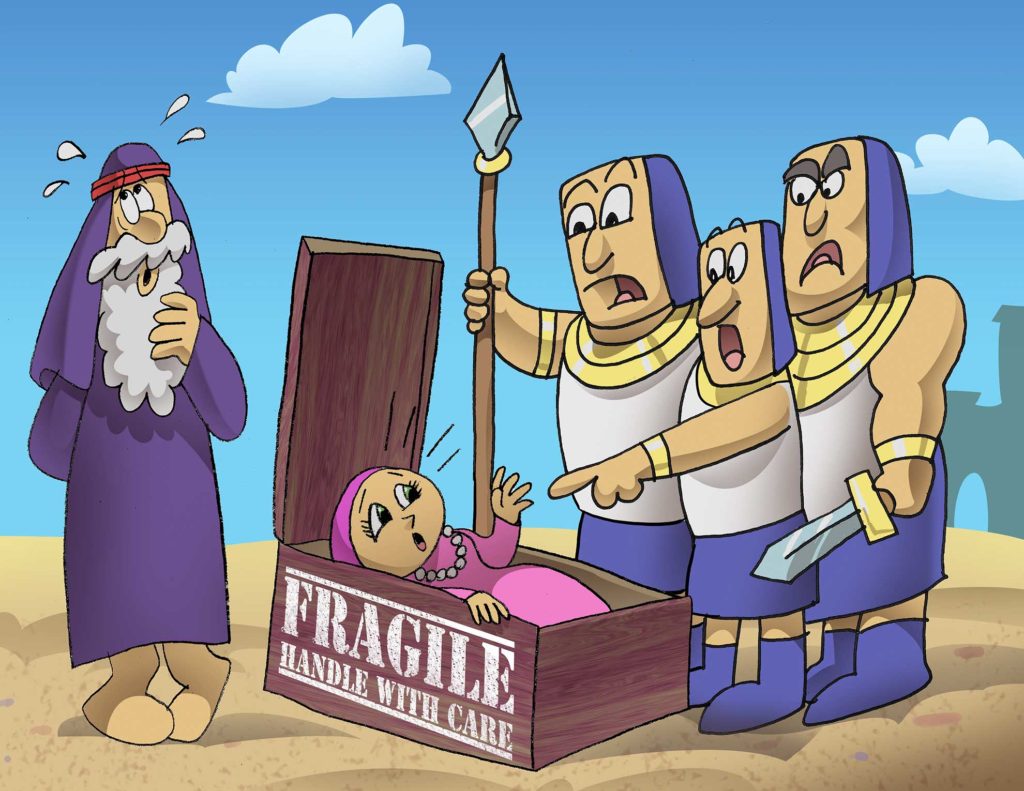 Sarai was very beautiful, and Avram feared that when the Egyptian border officials saw her, they would want to kill Avram so that they could take Sarai to be King Paraoh’s wife.
Avram had an idea. He put Sarai in a big box, in order to smuggle her through the border without anyone noticing her. But as a backup plan, he told Sarai that if the officials did discover her, she should say that she is Avram’s sister. That way, at least they would not kill Avram.
Avram and Lot approached the border, with Sarai in the box. The customs officials noticed the strange box and said, “Hey, what’s in the box?” Avram was forced to open it.
When the officials saw Sarai, they were struck by her beauty. Immediately, they sent a messenger to Paraoh, letting him know that this beautiful woman “fit for a king” had arrived with her brother. Paraoh sent back an urgent message – “Send me Sarai now!”