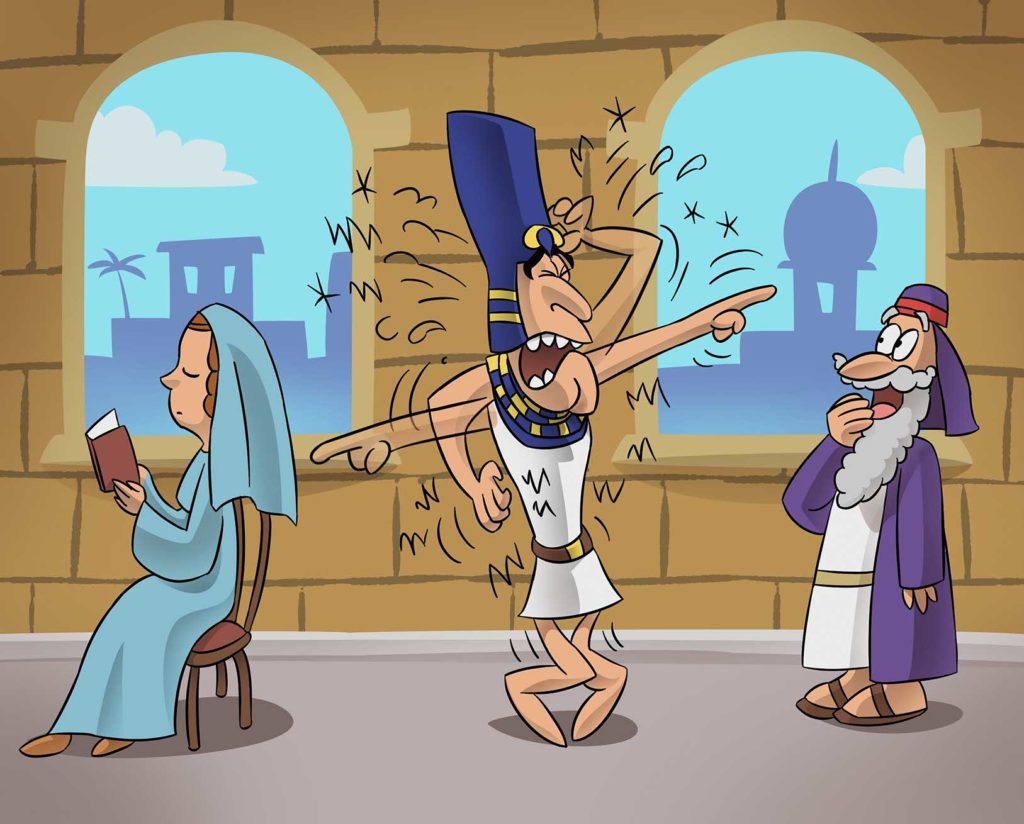 At the palace, after taking one look at Sarai, the king declared, “You will become my wife.”
“There is no way that I can marry you,” Sarai responded. “I am already married! Take me back to Avram… PLEASE! I’m begging you!”
But Paraoh didn’t listen.
Sarai prayed to HaShem to protect her. HaShem answered her prayer, and sent 10 terrible plagues on Paraoh. (Did you know that the 10 plagues in the Passover story weren’t the first ones?)
The plagues made Paraoh realize that Sarai was indeed a righteous woman, a Tzadekes, who could not be harmed because HaShem was watching over her. Paraoh said, “Quickly! Get Sarai out of here! NOW!”
Paraoh was so amazed by the greatness of Sarai and Avram that he even sent along with them his very own daughter Hagar to be their maidservant! Paraoh declares, “Better a servant with Sarai than a Princess in Egypt.”