You Go Your Way, I’ll Go Mine 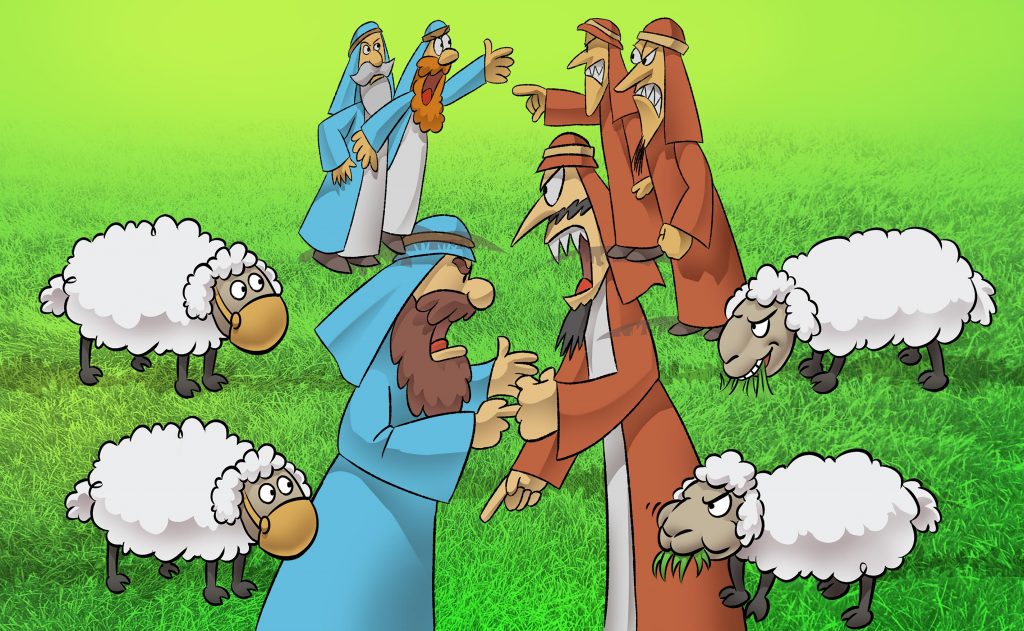 Both Avram and his nephew, Lot, had large flocks of sheep and hired shepherds to take care of them. Avram would warn his shepherds, “Be very careful. Whenever my sheep go into other people’s fields, make sure they are muzzled – their mouths are covered – so they won’t eat grass that doesn’t belong to them.” Lot, on the other hand, didn’t care about that and his sheep grazed in other people’s fields.
One day, an argument broke out. As usual, Lot’s sheep were grazing in other people’s fields. “It’s stealing!” cried out Avram’s shepherds. “No, it’s not! Avram does not have any children, so actually all of his land will be ours soon enough! Ha, ha, ha!” responded the wicked shepherds of Lot.
The fighting bothered Avram. So he went over to Lot and pleaded with him, “Listen, Lot. We are relatives. People will think that we can’t live peacefully together. I have a very good idea. Let’s go our separate ways. You go one way, and I’ll go the opposite direction… and you get first choice.”
Lot agreed to this. He chose to head east and settled in the city of Sodom, which seemed to have a lot going for it. It was on the bank of a river, and it had beautiful, green pasture land.
Unfortunately, there was one major downside to Sodom. The people who lived there were the worst in all of Cana’an. They were robbers and murderers! But Lot didn’t care, as long as he would be able to make a lot of money there.