A New Wife, a New Son, and New Problems 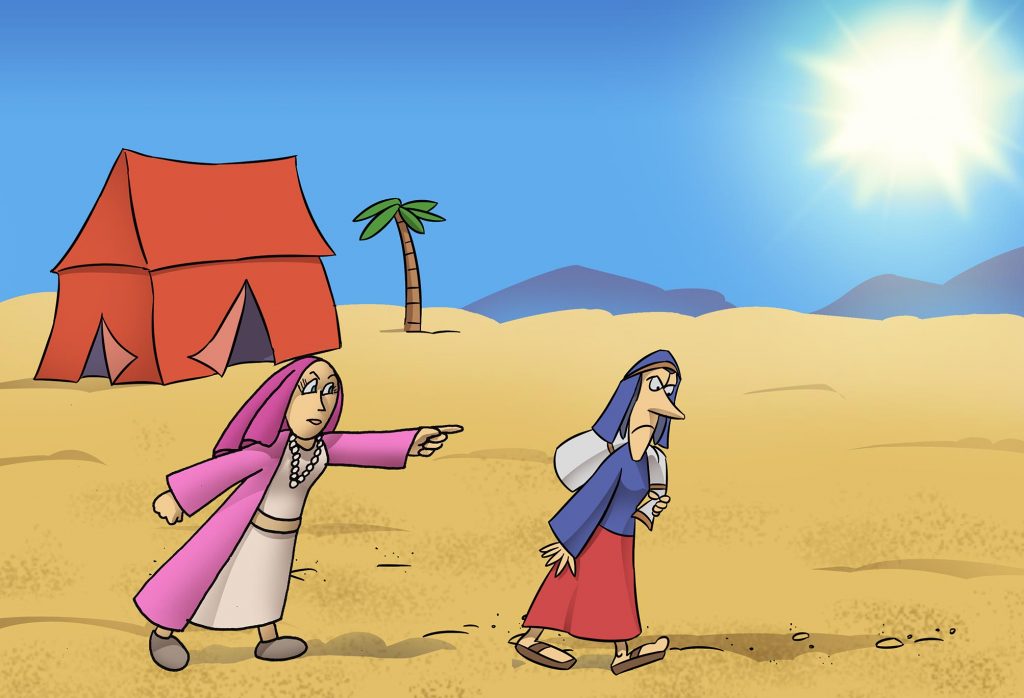 Avram indeed believed all that HaShem promised, yet 10 years had already passed since they moved to Cana’an and still Sarai had no children. Something had to be done. Sarai came up with an idea. “Avram, please marry Hagar, my Egyptian servant. She is the daughter of the mighty Paraoh and a very respected person. Surely HaShem will help and you will be able to bear a child from her.”
Avram listened to his wife Sarai and indeed married Hagar. Within a very short time Hagar was expecting a baby! Hagar was not sensitive at all and would tease Sarai in a sing-song voice, “I’m going to have a baby, and you’re not!” Sarai realized that it had been her idea for Avram to marry her servant. Still, the way Hagar was speaking to her was really hurting her and she went to complain to her husband.
Avram left it up to Sarai to decide what to do. Sarai made life so unpleasant for Hagar that she ran away to the desert. But HaShem sent an angel to command her to return to Sarai. The angel also told Hagar a few more interesting things: she would have a son, and his name would be Yishmael, and he would be a wild man who would be the forefather of a large nation.
Hagar listened to the angel, went back to Sarai and had a child who was named Yishmael.