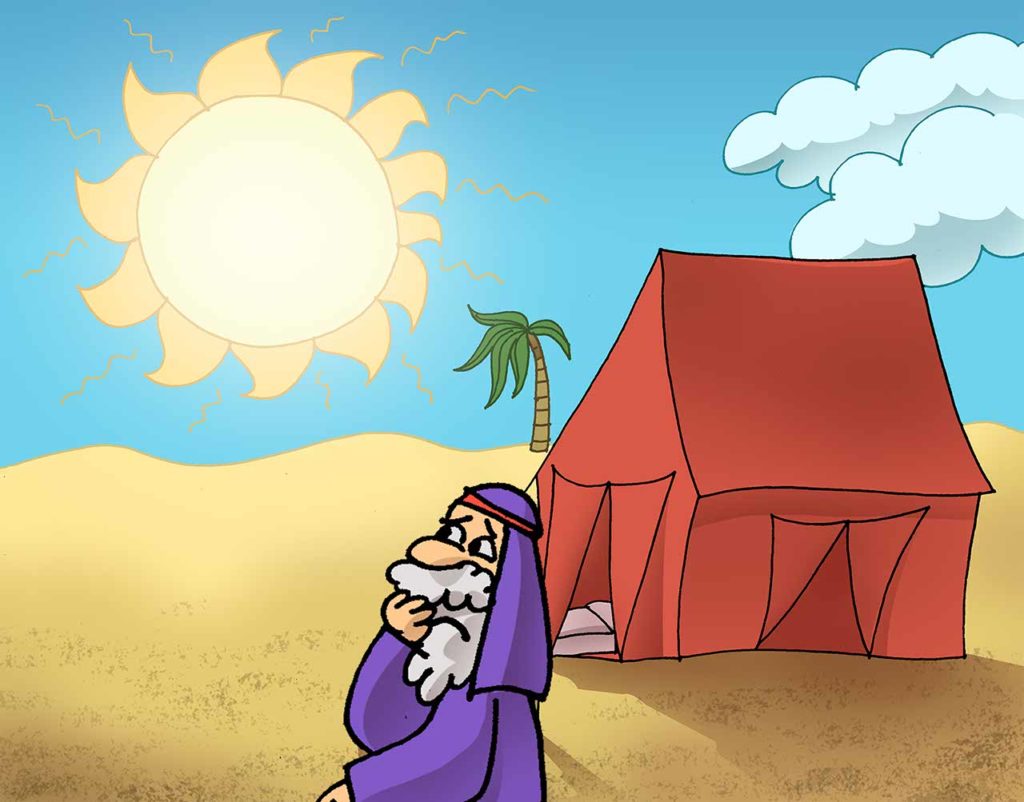 3 days after Avraham’s Bris Milah (circumcision), he was resting in his tent. He wasn’t happy. He was tired and he didn’t feel well, but that’s not the reason he was feeling down.
What was wrong?
Well, it was an incredibly hot, scorching desert day – but that didn’t bother him either. So what was the problem?
The problem was that the roads were all empty. The whole place was really deserted! Not a single traveler for as far as the eye could see! How could he perform his favorite Mitzvah of hosting guests – if there were NO people coming by?!
Of course, HaShem had made the weather so unbearably hot for that very reason: to give Avraham a break from guests, so that he could rest and be healed after his bris. But when HaShem saw how sad Avraham was, He did something to cheer him up.