Sodom – A Good for Nothing City 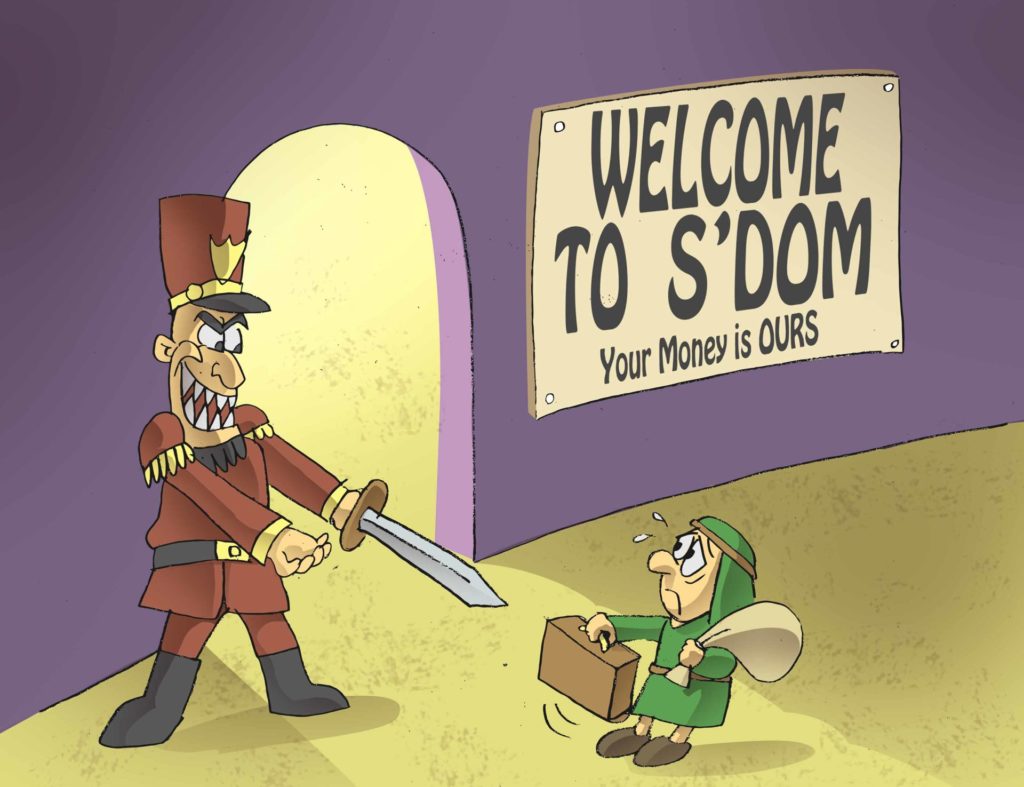 With the good news delivered, Michoel’s mission was accomplished. He flew back up to HaShem, leaving Gavriel and Rafael to continue on their journey. Off they went to the city of Sodom – the city with the most cruel, evil and wicked people on the face of the earth.
HaShem let Avraham in on a secret: He was planning to completely destroy Sodom, because all of the people of the city were just plain bad. Not only that, but even the judges themselves were corrupt and they made horrible laws.
Here are some of the terrible Sodom laws:
DO NOT give food or money to the poor.
DO NOT invite any stranger into your home.
ALL strangers passing Sodom MUST be robbed of all their belongings.
ALL strangers must sleep in the “Sodom torture bed”. (It’s is a bit too gory to describe.)
Were the people of Sodom happy with these awful laws? They sure were!