The Kind “Criminal” of Sodom 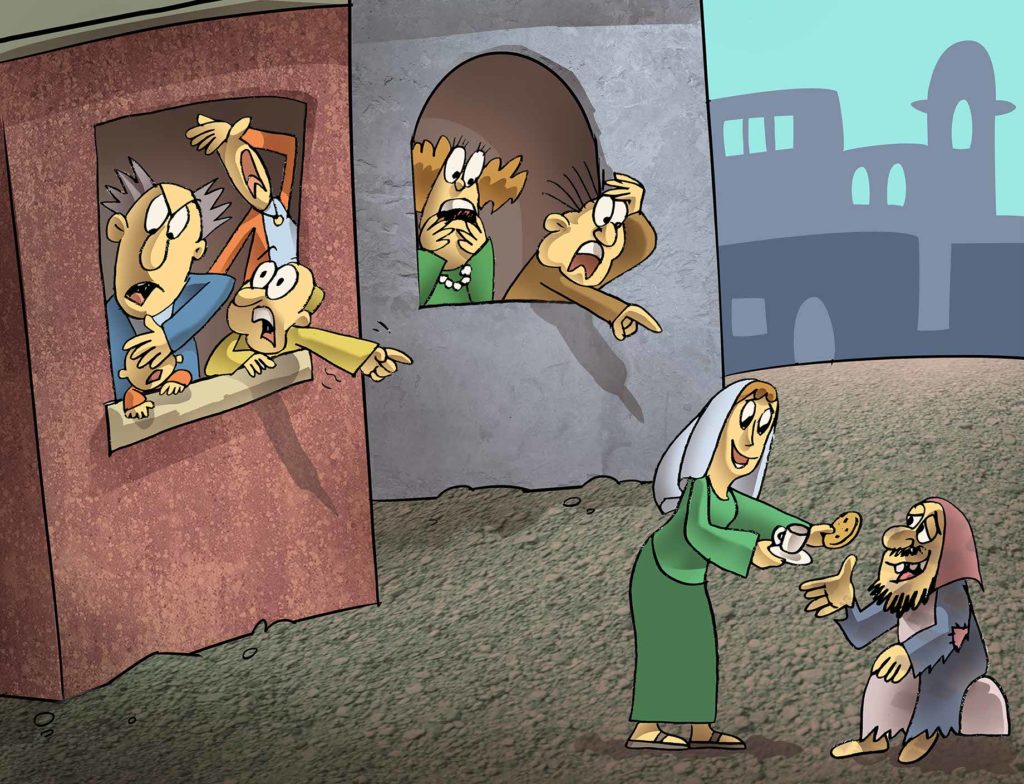 The people of Sodom were notorious for their wickedness. Once, in Sodom, there was a young girl that had pity on a starving beggar who was about to die from hunger. She broke the law of Sodom and handed him some food!
“Look!” yelled one on the citizens loud enough that everyone in town could hear. “Catch this criminal! I saw with my very own eyes she broke the law!”