The Binding of Yitzchak 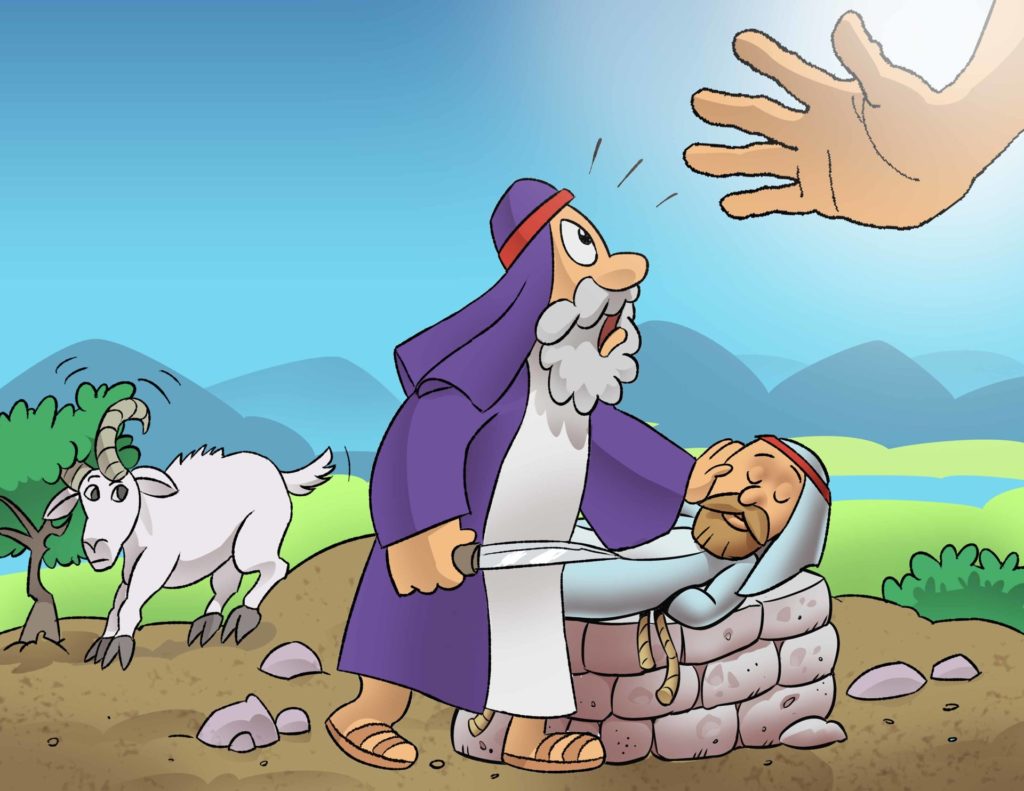 When they got close to the mountain, Yishmael and Eliezer stayed behind while Avraham and Yitzchak climbed to the top. Yitzchak realized that they had everything they needed for a sacrifice – except the animal.
“What is going on?” Yitzchak asked his father. “I see the firewood and the knife, but where is the lamb for the sacrifice?”
Avraham replied, “HaShem himself will choose the sacrifice… if it won’t be a lamb… YOU WILL BE THE SACRIFICE.”
Yitzchak now realized what was about to happen. Instead of being sad, Yitzchak joyously climbed the mountain together with his father, ready to do whatever HaShem desired.
Yitzchak courageously asked his father to tie his hands and feet and place him on the altar, so he wouldn’t move. That’s why this episode is known as Akeidas Yitzchak –The Binding of Yitzchak.
Avraham built a Mizbei’ach (altar) and placed his son on it. He had the knife in his hand and was just about to sacrifice him, when HaShem’s angel called out, “Avraham! Avraham! Stop! Do not harm Yitzchak! You have passed the final, most difficult test!”
At that moment, Avraham saw from a distance a ram that was caught in a bush by its horns.
“HaShem wants me to sacrifice this ram instead of my son,” thought Avraham. So he immediately untied his son, and sacrificed the ram.
The mountain where Avraham brought Yitzchak was very special and holy. Many years later, in that very same place, the Beis HaMikdash, the Holy Temple, would be built! There, HaShem would accept all of Bnei Yisrael’s prayers and sacrifices.
On Rosh HaShana, when we blow the Shofar – the horn of a ram, it reminds HaShem of the ram that appeared on the scene of the Akeida, over 3000 years ago, and how our father Avraham passed his test with flying colors! For this reason every Rosh HaShana we read from the Torah the story of the Akeidas Yitzchak.