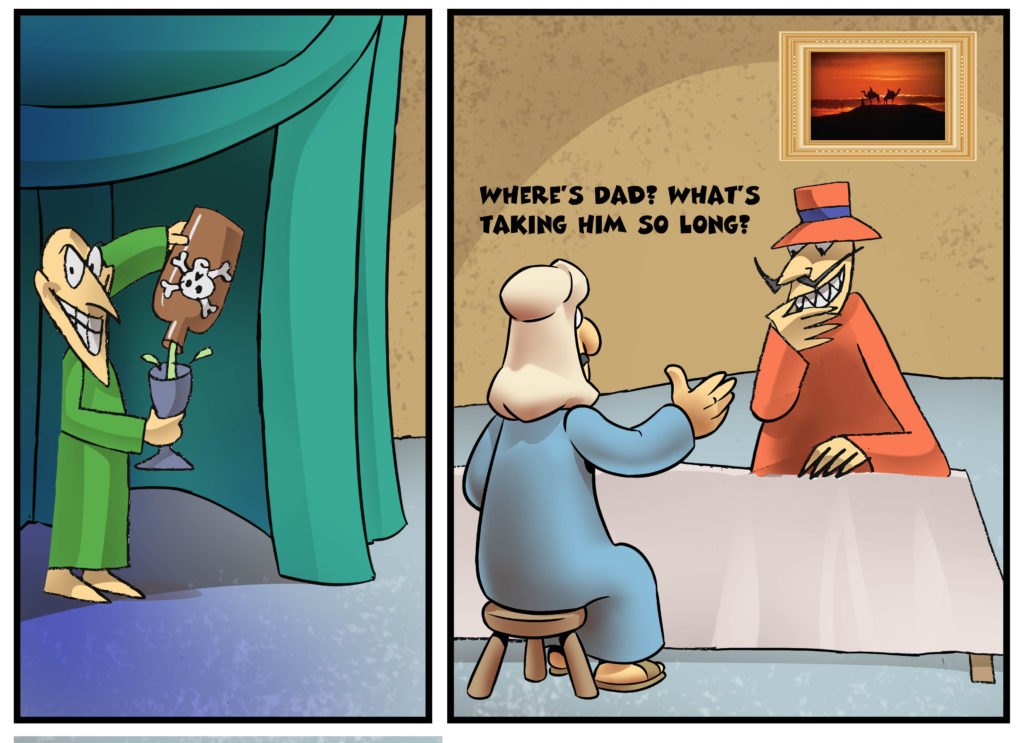 Although Besuel was acting nice on the outside, he wasn’t so nice on the inside. He had an evil plan. He put poison in Eliezer’s food, in order to kill him so he could take all of his money and gold. (Now, is that any way to treat a guest?)
Unfortunately for Besuel, but fortunately for our hero, Eliezer, Besuel’s plan completely backfired. While Eliezer was telling his story, an angel swooped down and switched Eliezer’s plate with Besuel’s. Besuel ended up poisoning himself instead! Oops.