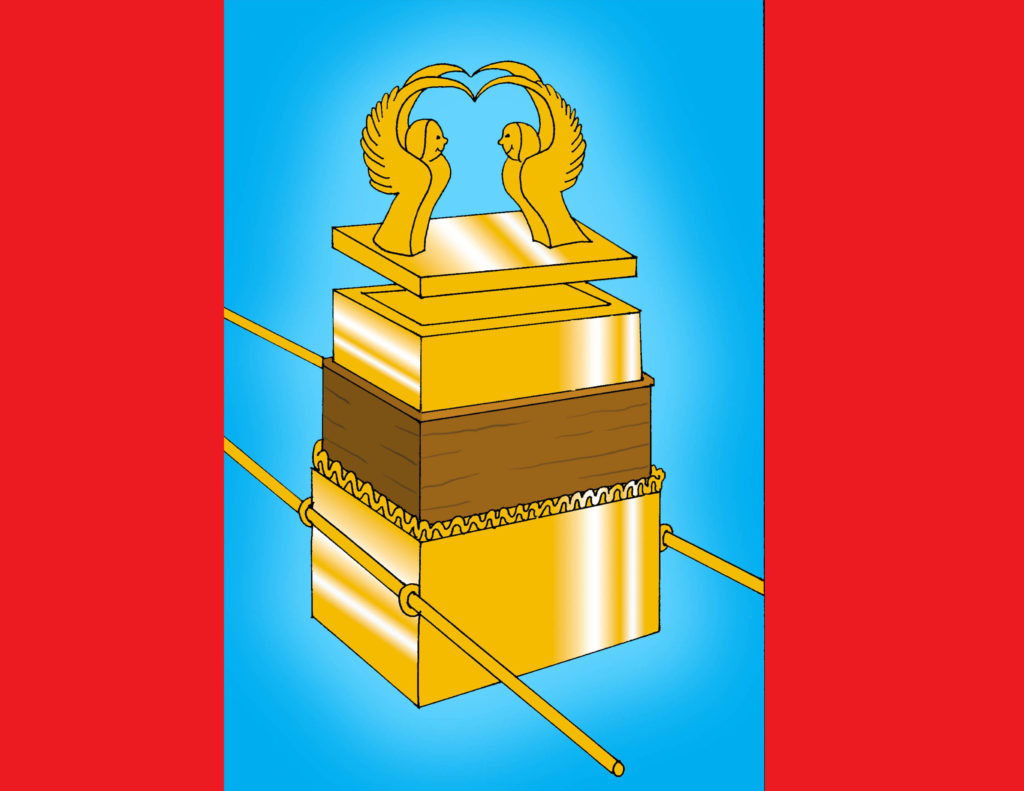 The Aron was a beautiful work of art – but more importantly, it housed the 2 Luchos (tablets) on which HaShem had written the Ten Commandments.
The Aron was made out of 3 boxes, one inside the other. The biggest box was made of pure gold with a beautiful gold rim. Inside it was a smaller box of wood, and into that one fit an even smaller box of pure gold. In this way, the wooden box was covered from the inside and the outside with gold.
The 2 tablets of the Ten Commandments were kept inside the Aron together with some shattered pieces of the first 2 tablets that Moshe broke after the tragic episode of the Golden Calf.
Not only was the Aron was full of gold, but even its cover had to be very special! HaShem continued his instructions to Moshe, “Take a large chunk of gold and carve out a thick cover for My Aron.”
This covering of the Aron contained a tremendous amount of gold and was called kapores – meaning “forgiveness,” for this was one of the ways Bnei Yisrael were forgiven for the sin of the Golden Calf.
HaShem said, “Take this chunk of gold and carve out 2 Keruvim facing each other. Whenever I speak to you, My voice will come out from this place.”
These 2 Keruvim were gold figures in the shape of angels – one with the face of a young boy and the other had the face of a young girl.
HaShem said, “Make poles of acacia wood covered by gold. Insert the poles through rings on the sides of the Aron, so that the Aron could be carried when you travel. Never remove these poles.”