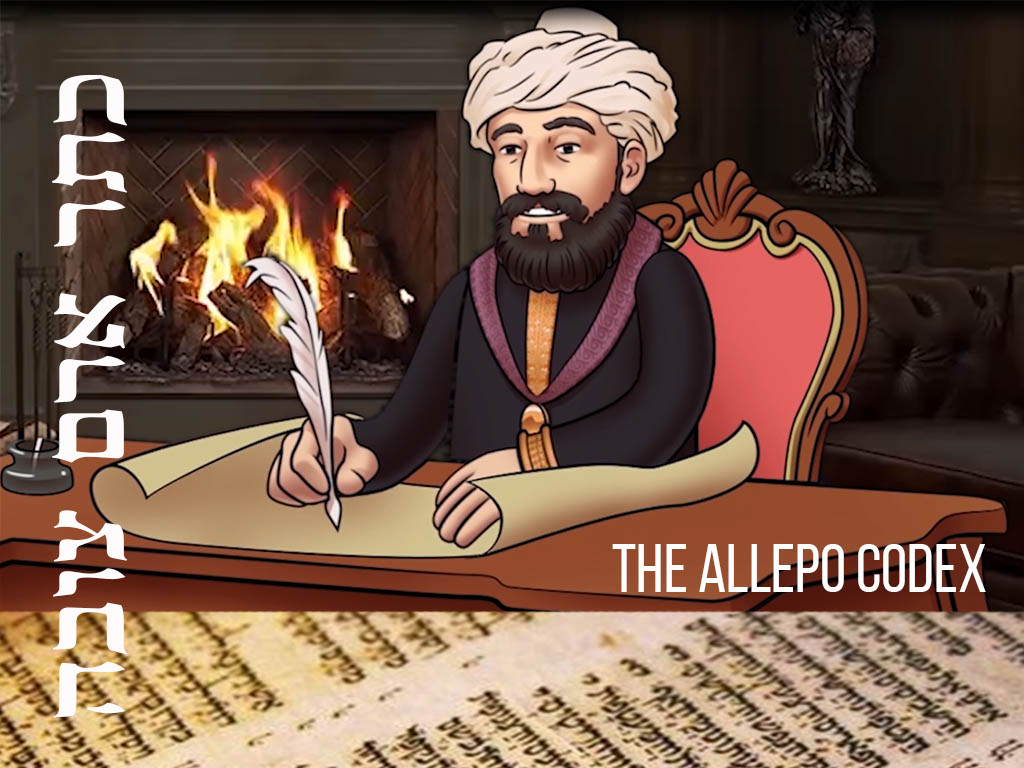 Indeed, the Rambam himself wrote his very own Torah, and it sure wasn’t easy!

In a departure from his usual Mishneh Torah style, where he states the laws, the Rambam shares with us his “Sefer Torah Adventures.” Even before writing the first letter, he needed to find the best possible Torah out there to copy from. Sadly, the Rambam tells us, after searching and searching, he discovered differences between various Sifrei Torah, with plenty of mistakes in each one of them! Oh, no!

Finally, he made his discovery… the very best and most accurate source! It wasn’t a real Torah. Rather, it was the words of the Torah written in a book form. The Rambam called it the “Ben Asher Book.” Today it’s also known as the Keter Aram Tzova, or Aleppo Codex. The Rambam successfully used this Ben Asher Book as a guide from which he could write his Torah scroll.

The Rambam shared details from the Aleppo Codex in his Mishneh Torah, so all future Torah scribes should know the proper way to write a Torah. Needless to say, the Rambam did a great job. In fact, the chapter where he tells us where to place the paragraph breaks in the Torah scroll (669 in total) forms the very longest chapter in his entire Mishneh Torah!

Aleppo is a city in modern-day Syria, which used to be a very important place with a thriving Jewish community. Jewish people called this place Aram-Tzova.

A “codex” is a fancy word for book – the kind with individual pieces of paper, as opposed to a “scroll,” which is one long sheet.

In order to write the Torah properly, the Rambam used the Codex written by Aharon ben Moshe of the Ben Asher family in Tiveria. This family was famous for being experts on Torah words, grammar, etc. It contained exact texts for the entire Tanach, along with Nekudos, Ta’amei Neginah, paragraph breaks, and more.

Aharon ben Moshe lived around 200 years before the Rambam. In the Rambam’s time, the Codex was treasured by the Egyptian Jewish community, who would use it to make sure their Torah books were perfectly accurate. Years later, the Rambam’s fifth generation descendant, Rabbi Dovid ben Yehoshua (1335-1415), moved to Aleppo and took the Codex along with him.

For over 600 years, it was lovingly guarded and cared for by the local Jewish community, where it was kept under lock and key in the Central Synagogue of Aleppo, only to be taken out on special occasions. Those in trouble would pray before it, and oaths were taken on it. Indeed, the Jewish people were proud of their treasure and affectionately named it Keter Aram-Tzova – the crown of Aram-Tzova.

And then tragedy struck. In 1947, local Arabs tore through the Jewish quarter of Aleppo, burning, killing, and robbing. And the treasured book, the “crown” of the community, was gone.

But have no fear. The “crown” was later discovered that most of the Keter had miraculously remained intact, and in a daring move, in January 1958 it was smuggled out of Syria and secretly brought to Israel. The Keter is displayed in a special structure in the Israel Museum, called “Shrine of the Book,” located in Jerusalem.