Moshe continued, “HaShem will bless you and keep the promise He made to our forefathers! You will inherit the land!”

“Hmmm, inherit the land,” some people were thinking. “We’ve heard this time and time again. But could it really be true? Seriously… it’s little us against 7 mighty nations with established armies. We are just a bunch of wandering desert goers!”

As if reading their thoughts, Moshe continued, “Shema Yisrael – Hear, O Israel: you are about to cross the Jordan River to come to possess nations that are greater and stronger than you. Nations that live in great cities, surrounded by solid walls that seem to stretch up to the heavens. There are even giants amongst them. You may be thinking, “How will we ever be able to drive them out?’”

Some people were nodding their heads in agreement. “Just thinking about those gigantic giants gives me the shivers.”

“But never forget,” Moshe said as he raised his voice, “the three miraculous signs I have shown you.”

Moshe demonstrated the 3 miraculous signs in front of Bnei Yisrael.

“The staff turned into a snake!” “Your hand is as white as snow!” “The water became blood!”

“AMAZING! This is surely the hand of the Almighty!” they all exclaimed, as they bowed in gratitude to HaShem.

Aharon stood by the Nile, lifted his stick, and hit the water. Not only did the Nile turn to blood, but every lake, pool, puddle, and pond became blood. No body of water in Egypt was spared.

There were frogs jumping around everywhere – leaping on the Egyptians’ beds and even hopping into their burning hot ovens! “Get these atrocious, horrendous frogs out of my oven, now, Abdullah!”

Aharon hit the ground with his stick, and little insects began swarming the land. Soon all of the Egyptians, including their animals, were infested with awful lice. The tiny insects caused terrible itching. Itch… Itch… Itch!

Wild beasts swept over Egypt. Out of the desert came lions, tigers, bears, snakes, scorpions, and other dangerous creatures. They were everywhere, tearing up trees, crops and gardens.

The Egyptian cattle became terribly ill and died. The camels responsible for carrying heavy loads died. The mighty oxen that pulled the plows perished. Even the proud horses that led the royal chariots collapsed.

The burning boils spread across their bodies and developed into infectious blisters, which felt like balls of fire. “Ouch! These boils are boiling hot!” they cried out in pain.הה

Moshe reached his staff toward the sky, and… BOOM! Thunder and lightning came crashing down from heaven. Huge hailstones of ice were mixed with balls of fire, yet, miraculously, the fire did not melt the ice!

The Egyptians couldn’t see anything at all. Candles didn’t even help – the light was swallowed up in the blackness.

At the stroke of midnight, HaShem, along with an army of angels of destruction, came down to bring about the final plague – “The Death of the Firstborn.” 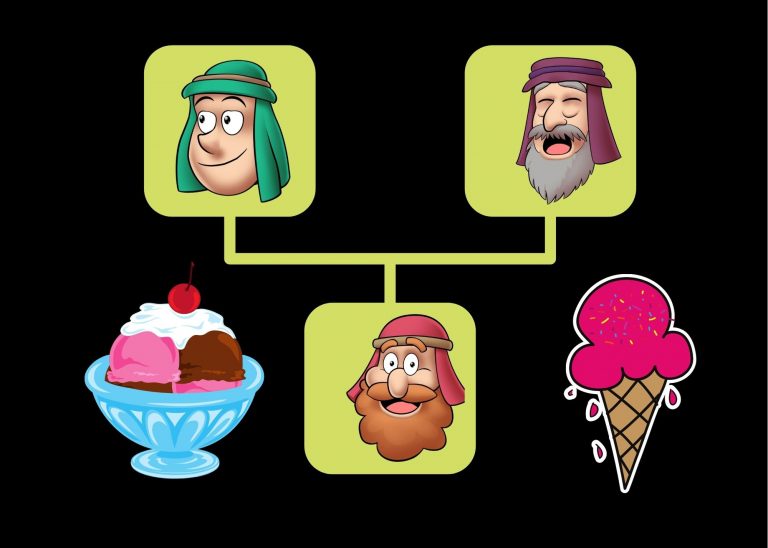