Yocheved hid the baby in her house until he was 3 months old. But she was afraid that the Egyptians would come and find him, so she made a basket, coated it with tar on the outside and clay on the inside to make it waterproof, and placed her baby in the basket.
Then she went down to the Nile and with fear in her heart, she lovingly floated the basket in the water, hidden among the tall reeds.
Meanwhile, in the house of the baby’s parents, there was much sadness and concern over the plight of the child. Amram called to his daughter, “What has become of your prophecy, Miriam? How will your baby brother become the redeemer of Bnei Yisrael now that he has been thrown into the river?”
Miriam didn’t answer a word. Instead, she ran quickly to the riverside and stood there waiting to see what would become of her baby brother.

Yocheved was brilliant! She put the baby in the basket and set it adrift in the Nile River. The stargazers then saw in the stars that the redeemer of Bnei Yisrael had already been “thrown into the river.” Paraoh immediately called off his evil “baby hunt,” and no more children were thrown into the river.

And that’s how Moshe was saved.

A DAZZLING DISPLAY OF LOGIC! 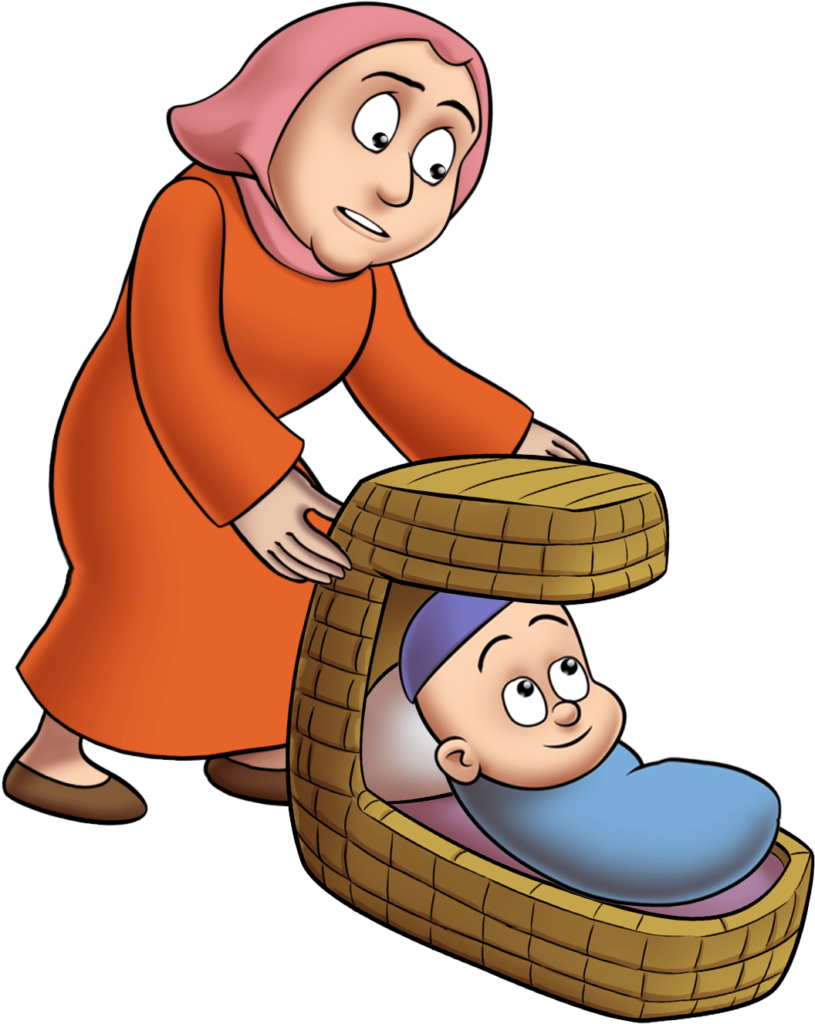