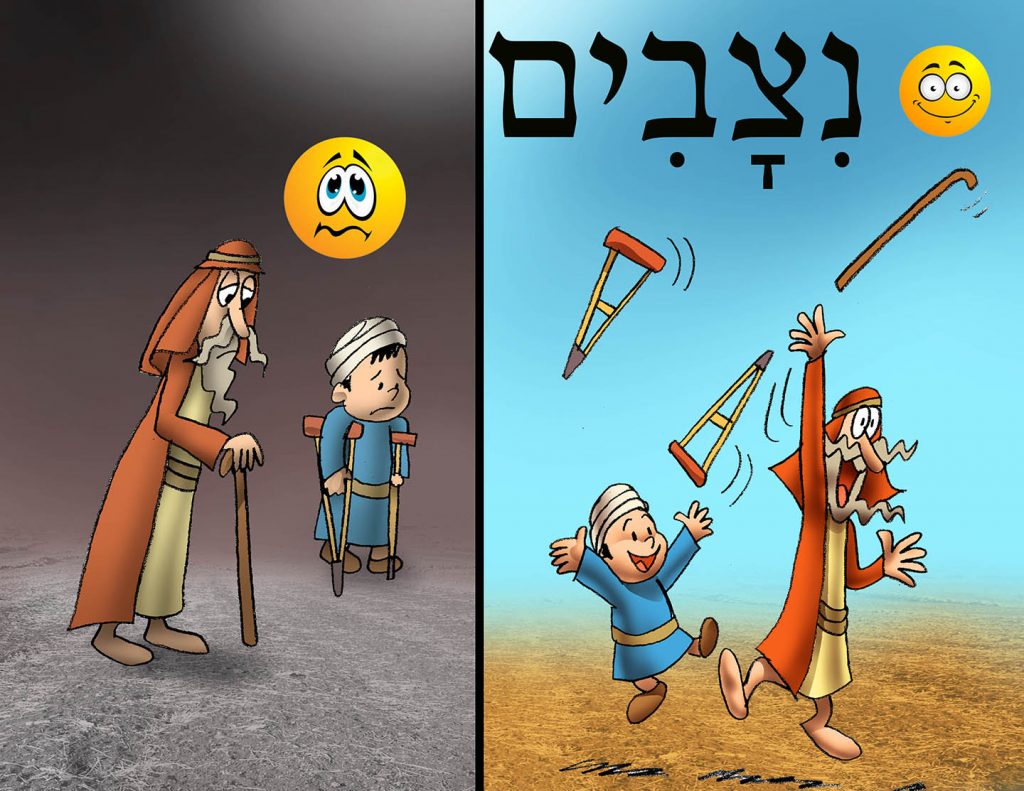 It’s as if Moshe’s message here is, “Although you heard 98 terrible curses in Parshas Ki Savo, all is not lost. HaShem has given us a special present – it’s a remedy that will make us even stronger than before. It’s called Teshuvah. Turn to HaShem; ask for forgiveness; do better; and you will be standing stronger than ever!”

So, get ready to find out more about this “magic ingredient” right here in Parshas Nitzavim! 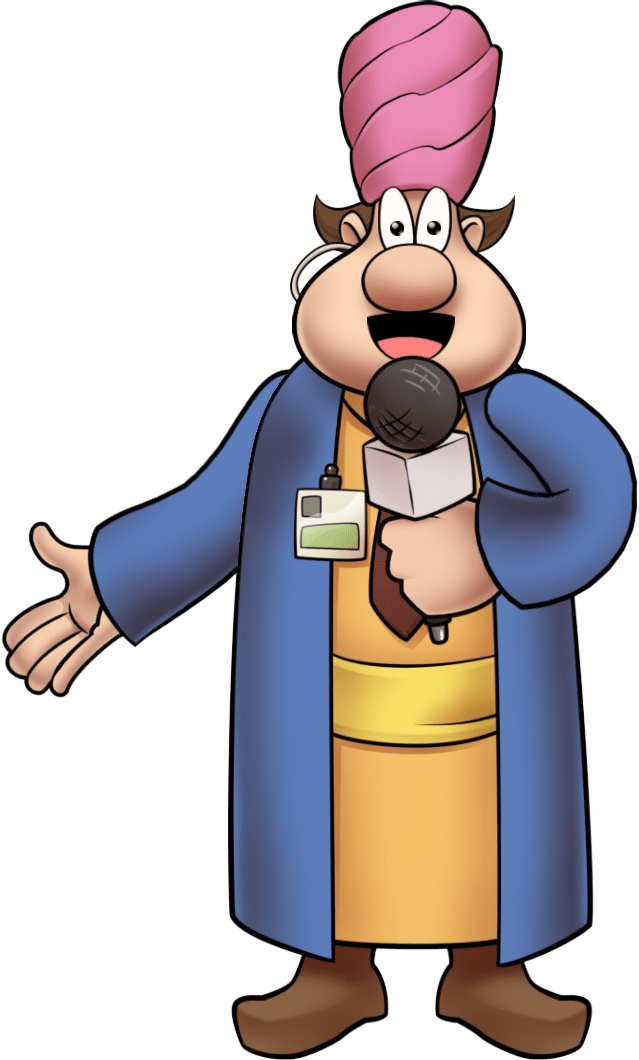 Hi! It's me. The Purim Reporter.

As mentioned, Parshas Ki Savo tells us of 98 curses. Now add up the letters of the word Selach (סלח), which means “forgiveness,” and it also equals 98.

HaShem’s message is, “Do Teshuvah, and I will forgive, erase, eradicate, tsooshmetter, and completely wipe out all 98 curses… every single one of them!”

Parshas Nitzavim is read on the Shabbos before Rosh Hashanah, usually right before we begin to say those special early-morning prayers, called Selichos, in which we ask HaShem to forgive us and grant us a good year.

Now for a great Gematria, a.k.a. Hebrew-number-adder-upper:

Add up the letters אתם נצבים היום (Atem Nitzavim HaYom) and you’ll get 694. Now add up לעמוד לסליחות (LaAmod LeSelichos), which means “get up for Selichos,” and it’s the same amount… 694!

BTW, speaking of Selichos… Nowadays, it’s pretty simple to get up early for Selichos. We set our alarm clocks for early morning and zip, zoom… and off we go to Shul for Selichos (unless, of course, we keep hitting the snooze button). But in the olden days, before the alarm clock was invented, they needed a “human alarm clock,” usually the Shamash of the Shul (a.k.a. the Siddur-Chumash-putter-awayer and Mr. Handyman).

This Shamash would wake up earlier than anyone else and grab his lantern and hammer. In the pitch-black night, he would walk around town and knock with his hammer on the shutters of every Jewish home, calling out, “wake up to serve HaShem… it’s Selichos time!”

The Ashkenaz community begins saying Selichos after midnight on a Motza’ei Shabbos close to Rosh HaShanah and then say it every day in the early morning. However, in the Sefardic community there’s no such thing as Motza’ei Shabbos Selichos, because by the time that happens, you’ve been saying Selichos for around 3 weeks already. That’s right. Sephardim begin saying Selichos on Rosh Chodesh Elul, and continue to say them until Yom Kippur, the same 40 days that Moshe Rabbenu was on the mountain asking HaShem for complete forgiveness.

In addition to saying Selichos for many more days, Sephardim also have unique prayers and songs as part of their Selichos service. One very famous one is Chatanu Lefanecha, which uses every letter of the Aleph Beis to praise HaShem and His ability to forgive.