INSIGHT: Is This What You Call Ending On A Good Note?!Abarbanel

Time passed. Yosef ruled over Egypt for 54 more years. He was known throughout the land as a wise and fair leader.

The aged Yosef sent for his brothers.

“Listen, my dear brothers,” began Yosef. “You will eventually leave Egypt. HaShem will take you up to Eretz Yisrael, the land He promised to our fathers Avraham, Yitzchak, and Yaakov. Promise me one thing: When you leave, take my bones OUT OF EGYPT and bury me in the Holy Land, in the city of Shechem.”

“Of course, our dear brother,” replied the brothers. “Rest assured that we will do this, no matter how difficult.”

Yosef passed away at the age of 110 years old. The Egyptians, believing that the waters of the Nile would be blessed by this great Tzaddik, put Yosef’s body in an iron coffin, which sank to the depths of the river. Kerplunk!

Is This What You Call Ending On A Good Note?!

It may be surprising that Sefer Bereishis ends on a seemingly sad note – the passing of Yosef the Tzaddik, and his body sinking to the depths of the Nile. But was this really a bad ending?

Actually not. Most Jews, especially Tzaddikim, want to be buried in Eretz Yisrael. Yosef, the ruler of Egypt could have requested this, and surely the Egyptians would have complied.

But no. Yosef was concerned about his fellow Jews. As long as his people were in exile, Yosef was there with them. And when the time came to go Out of Egypt, Moshe took Yosef’s remains with him. 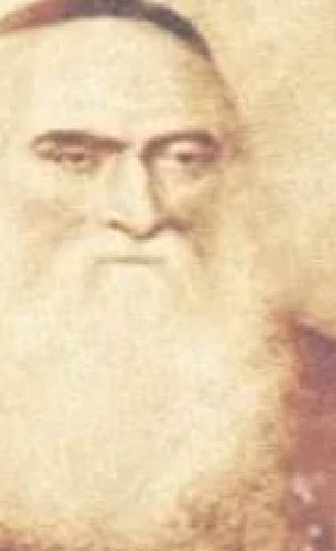 Over 500 years ago, Rabbi Yitzchak Abarbanel wrote a commentary on the Chumash, known as “The Abarbanel.”

As the royal treasurer for one of the most powerful kingdoms in the world, King Ferdinand and Queen Isabella of Spain, the Abarbanel saw things in a unique way. For example, at the final words of the Book of Bereishis, the Abarbanel shares an amazing insight with us:

“Yosef remained at his lofty position of rulership for 80 years straight! It’s amazing! I have not seen anything like it in all the history books of the Roman Emperors and their ministers or in the history books of any other nations.”
Abarbanel on the Chumash, end of Parshas Veyechi

Think about it… who ever heard of any royal or government officer (besides for a king or queen) remaining in power for such a long time?! But Yosef, who became viceroy at the age of 30 and passed away at 110 years old, held on to his position for 80 years!

It was not Rashi, not Ramban, nor any of the hundreds of other commentaries of the Chumash who made this observation. It was Abarbanel. It was he, as the royal treasurer, who had personal experience running the affairs of a very powerful and rich king and queen. He most certainly had enemies who plotted to overthrow him from his position. Indeed, the Abarbanel looked at Yosef, second in command to Paraoh, with a “different pair of lenses.”