17 / 27
Sefer Bamidbar — Shlach
Prev Previous “But The Land is Good!”
Next Right Place at Wrong Time Next
Puzzle
SHAZAK

2 INSIGHTS: The Punishment – One Year Per One DayThe Big Reward 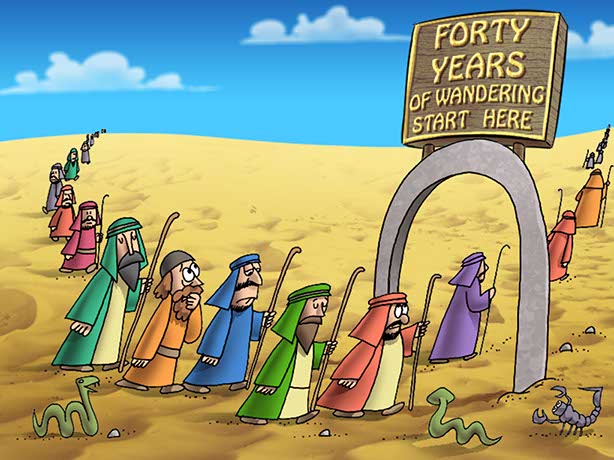 HaShem said to Moshe, “How long will this people continue to have no faith in Me, even though I have done so many miracles for them? I will wipe them out completely!”

“But You promised to make the Jewish people into a great nation!” protested Moshe.

“Through you, Moshe, I can make a new Jewish nation, greater than this one.”

“But if you wipe out the Jewish people, what will the other nations think? They’ll say that the G-d of Israel wasn’t strong enough to bring His people into the land of Israel! You are merciful and patient. I beg of You – Do not destroy Your people!”

Sadly to say, it was true. The fate of Bnei Yisrael was at stake! What will happen? Will HaShem forgive His nation, or, Heaven Forbid… (DON’T EVEN SAY IT!). One can only imagine how tense Moshe was, while waiting for HaShem’s reply.

And then… HaShem’s voice broke the silence, “Salachti Kidvorecha – I accept your prayer, Moshe, I will forgive. I will not destroy the entire Jewish people.”

Moshe breathed a sigh of relief and HaShem continued, “However, this does not change the fact that this generation has proven themselves unworthy to enter the Holy Land of Israel. They shall wander in the desert for 40 years – one year for each day the spies were in the land of Israel. During that time, the men will die – all except Yehoshua and Kaleiv, and the men of the tribe of Levi. It will be the next generation of Bnei Yisrael who will enter the land.”

And what happened to the 10 spies who failed their mission?

Not good at all. They were punished severely – they all died… immediately.

The rest of Bnei Yisrael began the long, winding road through the desert. For 40 years, they would live in a land of snakes and scorpions – and look forward to the day when their children would enter the land of milk and honey!

The Punishment – One Year Per One Day

Remember how the spies managed to go through the land super-fast? They traveled a distance of around 1,000 miles – don’t forget that they had to go back and forth, checking out every place of the land.

So this super-fast trip was a great blessing. Consider this – the punishment was “one year per one day” – so if it would have taken the spies 200 days to check out the land, that would have held up Bnei Yisrael 200 years in the desert!

Remember Kaleiv’s visit to the Me’aras HaMachpeilah in Chevron? With tears in his eyes, he prayed to HaShem. He pleaded with all his might not to be influenced by the evil spies.

His heartfelt prayers worked. For that reason, when Kaleiv and his family entered Eretz Yisrael they were greatly rewarded – it was Chevron that they inherited – one of the four holiest cities in the Holy Land.

17 / 27
Sefer Bamidbar — Shlach
Prev Previous “But The Land is Good!”
Next Right Place at Wrong Time Next