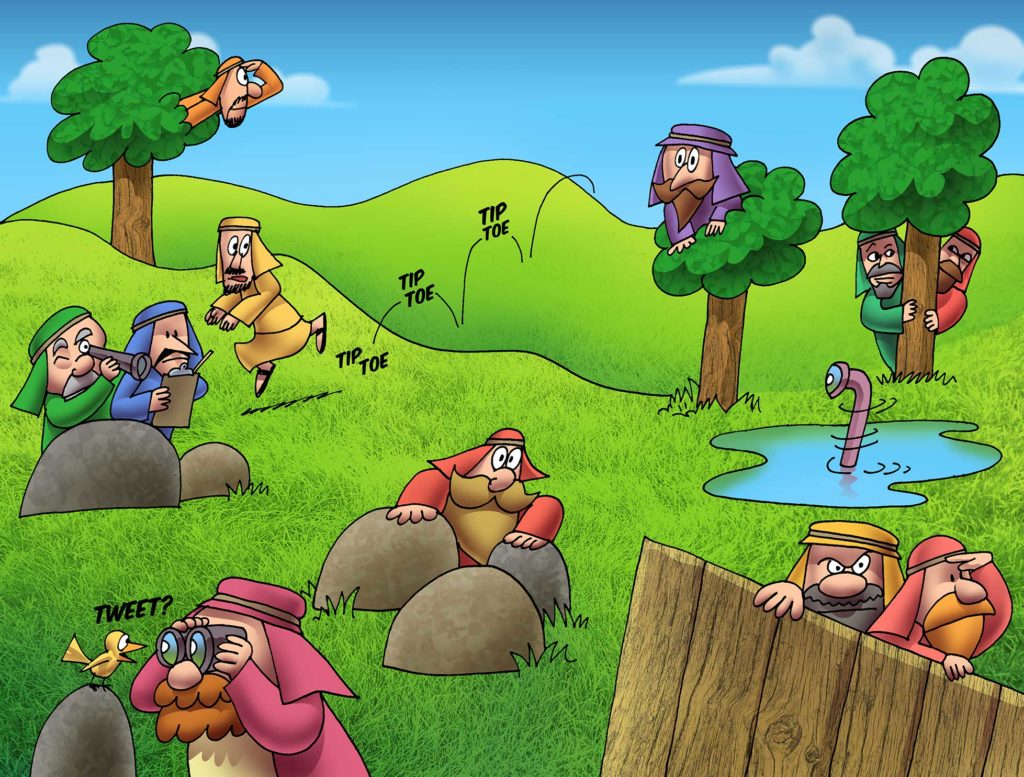 As instructed, the group of 12 entered Eretz Yisrael from the south. They had no trouble crossing the border. No one seemed to notice them. They just casually strolled right in, as if they were just taking a walk in the park. (Can you imagine crossing a border without being stopped to show your passport?)

But where was everyone? Surely someone should have noticed that these 12 strangers looked a bit… suspicious. What was going on?

Actually, it was a miracle – HaShem’s way of diverting attention away from these strangers. Wherever the spies walked, they saw people who were busy burying their dead caused by a terrible plague. They were going to funerals, crying, and the last thing on their mind was to pay attention to these foreigners.

Meanwhile, the spies had a chance to snoop and poke around to check out the land. They tiptoed over hills, peeked out from behind trees… and they were quite impressed! There were giant fruits growing everywhere! It was truly a “land flowing with milk and honey!”

But their mumbling and complaining continued, “Not a very good idea… This land is so nice.”

“Yeah, just think about it,” one of them reasoned, “If you were one of those people from Canaan, would you let some foreigner just walk in and take over the land without putting up a major fight. Think! Think! Think!”

It didn’t take much thinking for them to respond, “Hmmm… you sure have a good point.”