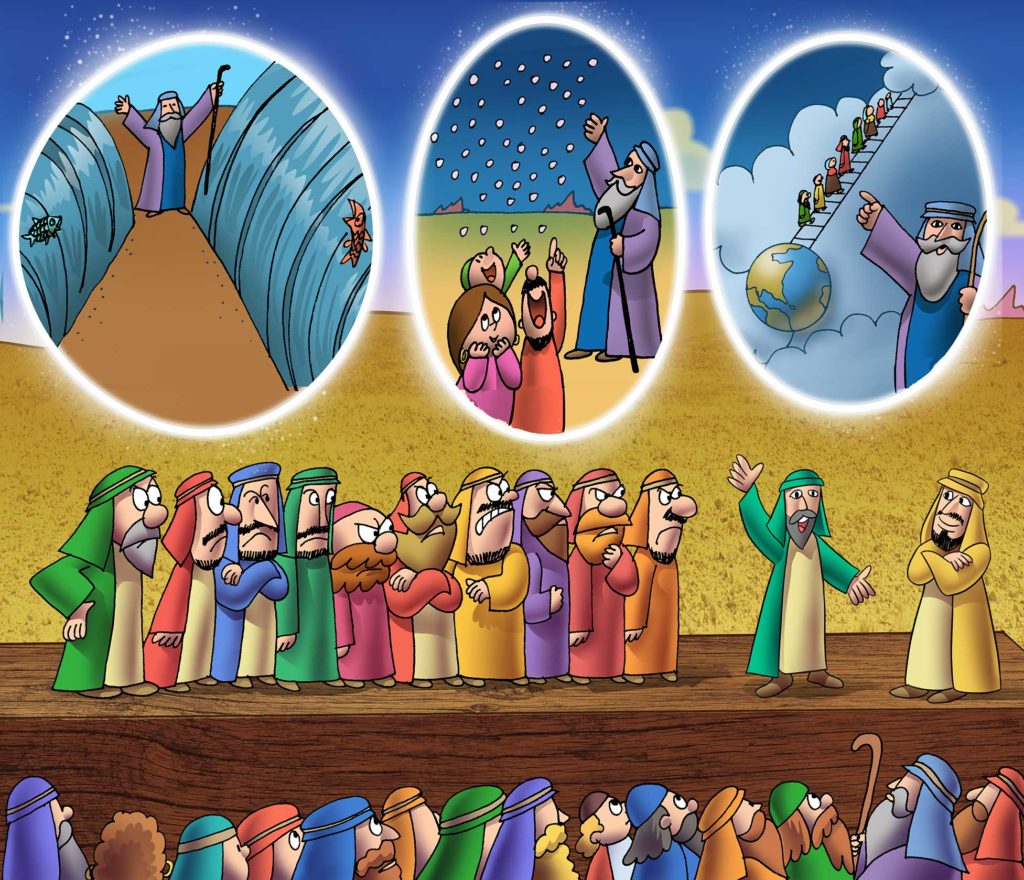 Suddenly… a loud voice broke through the noise of the crowd. It was Kaleiv. “Is this the only thing that the son of Amram has done to us?!” The crowd quieted down ready to hear some more Lashon Hara.

Kaleiv had everyone’s attention, now. After all, he called Moshe the “son of Amram” which didn’t sound very respectful.

“What has this son of Amram done?” Kaleiv shouted with a fake angry tone. “I’ll tell you what he’s done!”

Suddenly his tone of voice changed, “Moshe has split the sea for us! Moshe has caused the Mann and the Slav to fall from the sky so we would have food to eat!”

The people were confused for a minute while Kaleiv’s words sank in. It didn’t take them long to realize that Kaleiv was actually supporting Moshe and going against the rest of the spies!

Kaleiv continued, as he tried with all his cleverness to sway the people in favor of Moshe Rabbeinu. “And if Moshe, our leader, told us to build a ladder and climb all the way up to heaven, we will do it… and no doubt about it, we will succeed!”

Moshe pleaded, “People, listen to Kaleiv! He is telling the truth – and Yehoshua also agrees with him. The other spies are speaking Lashon Hara. Don’t believe a word of it!”

“No!” said Bnei YIsrael. “Why should we believe only 2 spies, when 10 say otherwise?

“Besides, all the spies saw the giants – nobody denies that!”

The evil spies piped up, “Listen to us! The land is bad! It causes people to die! We saw people dying left and right.”

What these spies did not mention was that it was a miraculous plague that HaShem sent to distract the people of the land from paying attention to the Jewish visitors.

The people were convinced. Their minds were made up – and tragedy was around the corner.