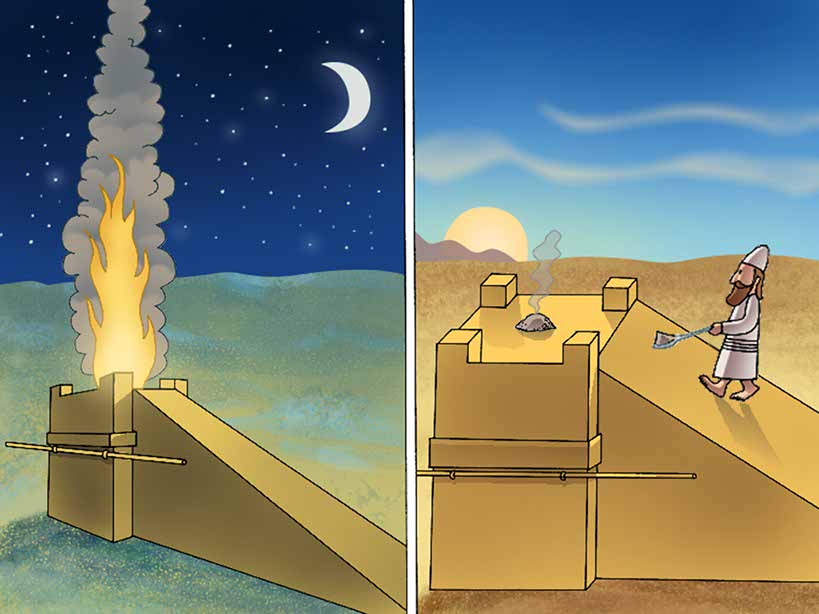 Puzzle SHAZAK Korbonos… Continued Parshas Vayikra is the Parsha that opens Sefer Vayikra, the third book of the Torah. In that Parsha, HaShem gives Moshe specific instructions for bringing Korbanos (sacrifices) in the Mishkan. This week’s Parsha, Parshas Tzav, is a continuation of this important Mitzvah. SHAZAK Got an idea for Shazak? Share it with […] 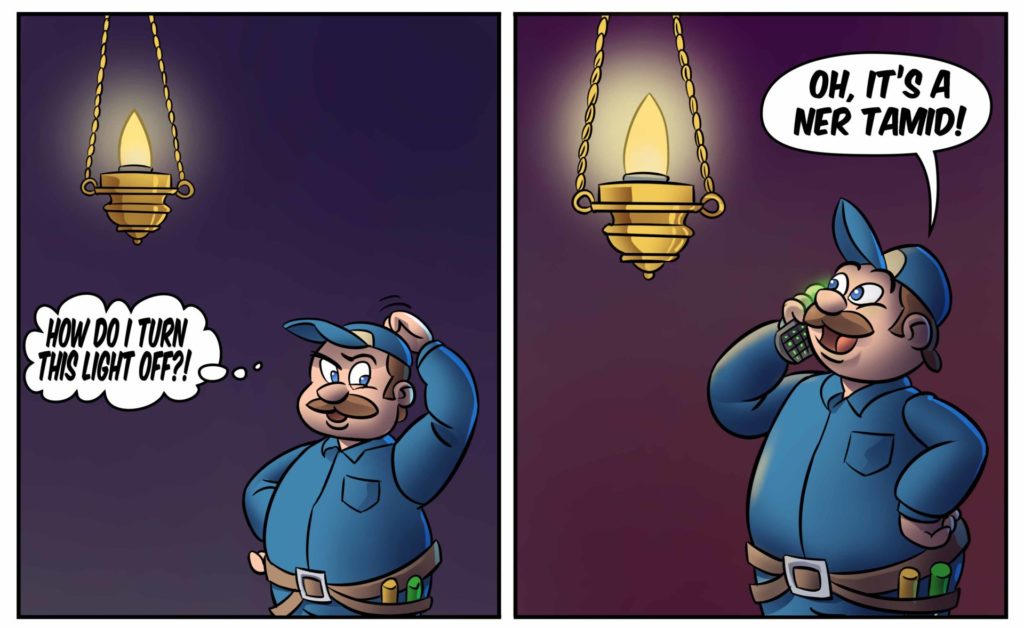 INSIGHT: 10 Big Miracles Let’s Do the Math Puzzle SHAZAK The Amazing Flame The Kohanim were always busy doing their holy work in the Mishkan. Even at night, there was work to be done, such as tending to the fire that burned on the Mizbei’ach at all hours. HaShem had commanded the Kohanim to make […] 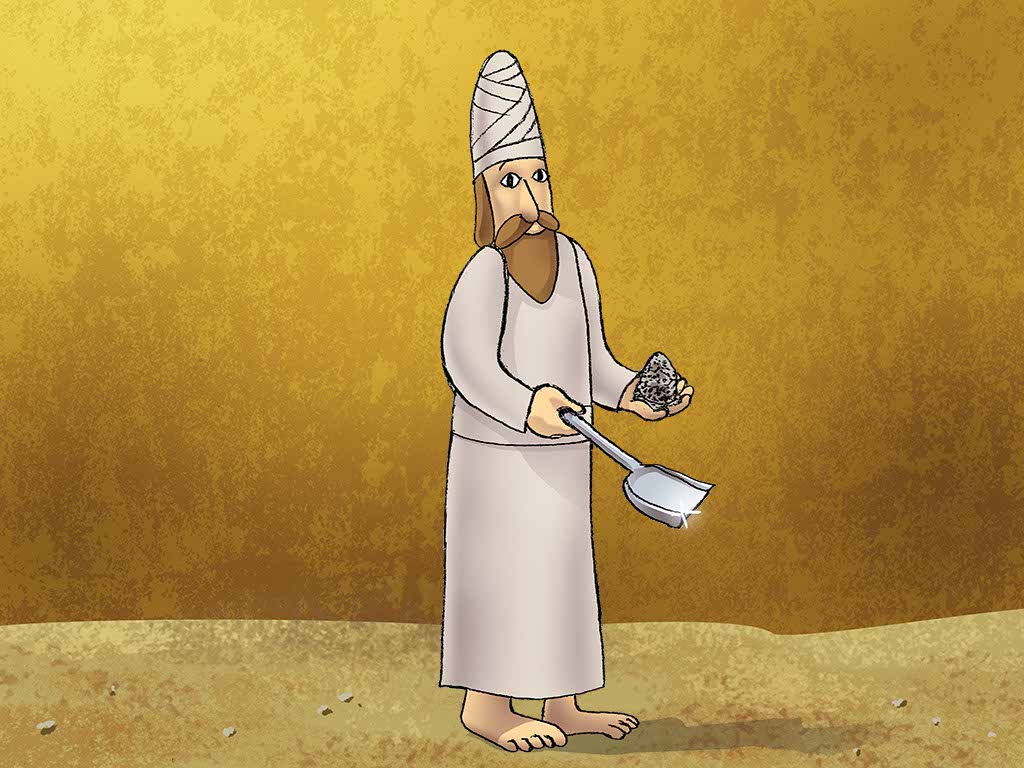 Puzzle SHAZAK It’s Clean-Up Time HaShem commanded Moshe, “Instruct the Kohanim to go up the ramp to the top of the Mizbei’ach. Every day, one Kohen dressed in his holy garments, shall scoop up a handful of ashes of the burnt Korbanos and place them on a silver pan. He shall then empty those ashes […] 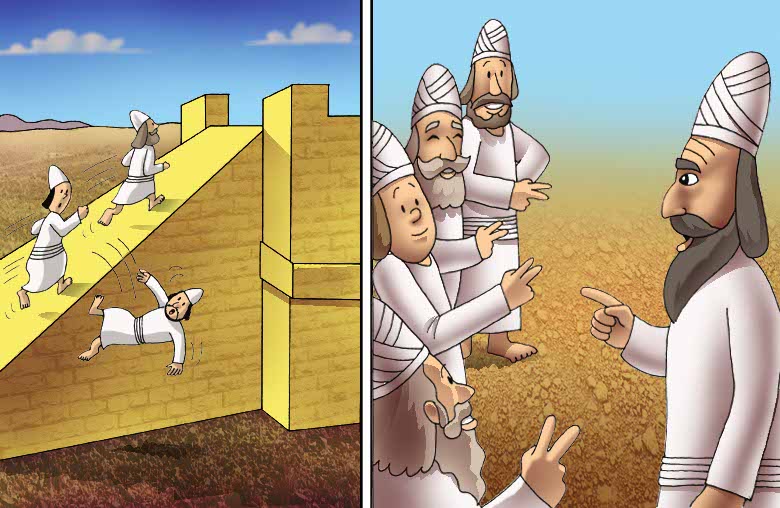 INSIGHT: Counting – The Jewish WayAshes Removal – Did you say EXCITING?!Terumas HaDesh: The Book, The Name, The Mystery Puzzle SHAZAK And The Winner Is…?! Have you ever argued with your brothers or sisters over who has the “privilege” of clearing the dirty dishes from the dinner table? Or how about who will be “lucky” […] 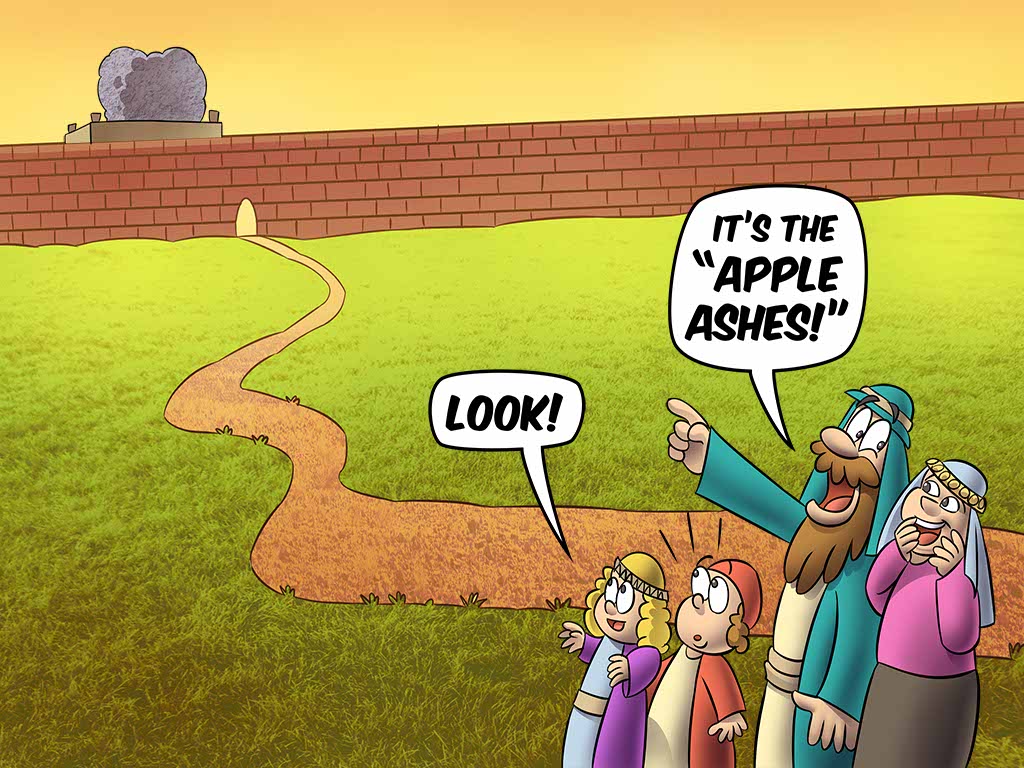 INSIGHT: New York City and The Big Apple Puzzle SHAZAK The Big Apple! (And it’s not New York) Besides the daily removal of ashes, there was another kind of cleaning that took place every once in a while, during the time of the Beis HaMikdash. You see, the daily Terumas HaDeshen was more of a […] 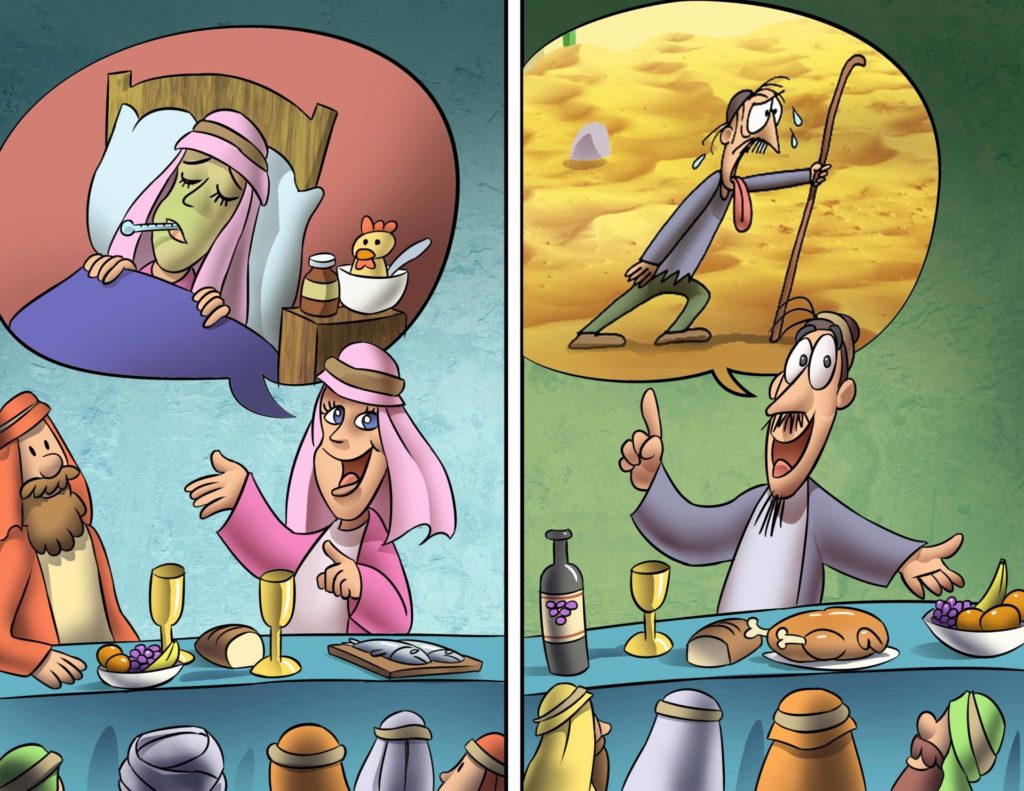 INSIGHT: Just Say Thanks! Puzzle SHAZAK A Public Thanks The Korban Shlomim, a.k.a. Shalmay Todah, is a thanksgiving peace offering. It was a public celebration with family and friends. Let’s learn more about it: The Shalmay Todah consists of an ox, a lamb, or a goat that is offered along with 10 loaves that are […]

Puzzle SHAZAK Let’s Make a Blessing… and Let’s Make a Feast! Although we no longer have the opportunity to bring Korbanos of thanks, we still have other ways to express our gratitude to HaShem. Nowadays, when someone survives a dangerous situation and wants to thank HaShem, he says a special blessing in the synagogue, called […] 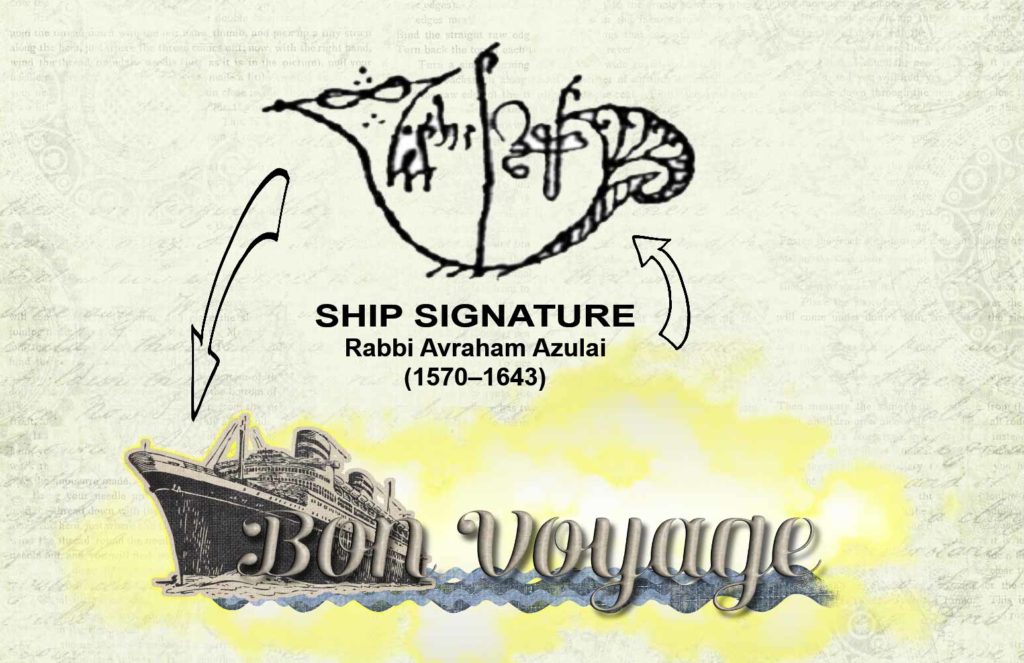 Puzzle SHAZAK The Signature Ship One of the great Rabbis, Rabbi Chaim Yosef Azulai, known as the Chidah (1704-1806), shared with us a fascinating insight about his great grandfather, Rabbi Avraham Azulai (1570–1643). It was the year 1599, and he boarded a ship with his family from Fes, Morocco, headed to Eretz Yisrael, the land […]

Getting Ready for the Big Day! 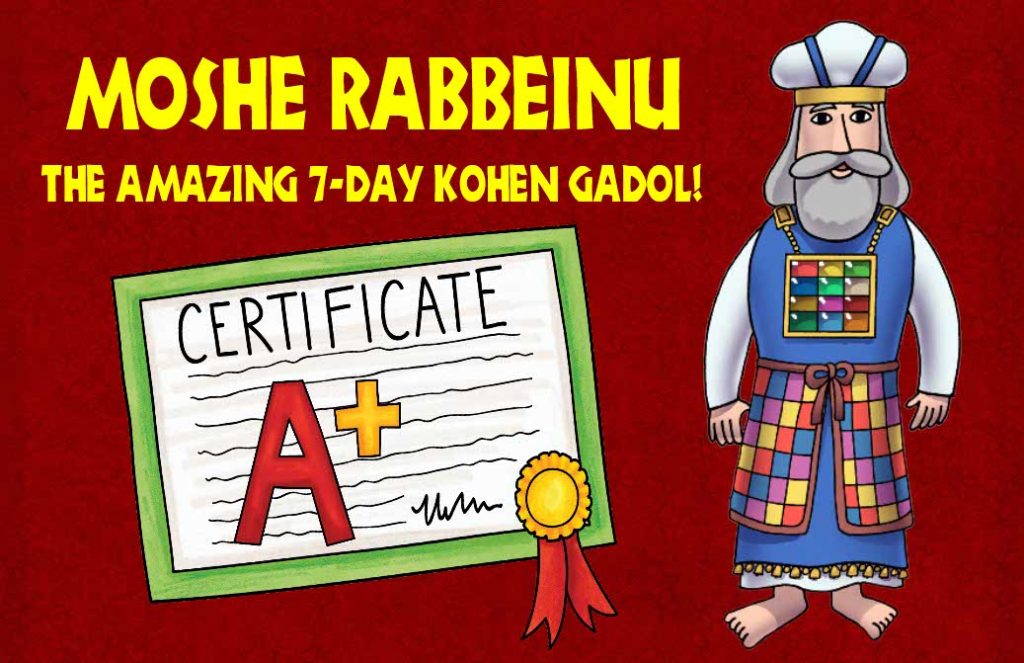 INSIGHT: Measurement Miracles! Puzzle SHAZAK Getting Ready for the Big Day! Parshas Tzav concludes with a detailed description of 7 special days. These days were called the Shivas Yemai Milu’im, 7 Days of Inauguration, which began on the 23rd of Adar in the year 2,449. During these 7 days there were a lot of “practice […]

Tune In Next Week!