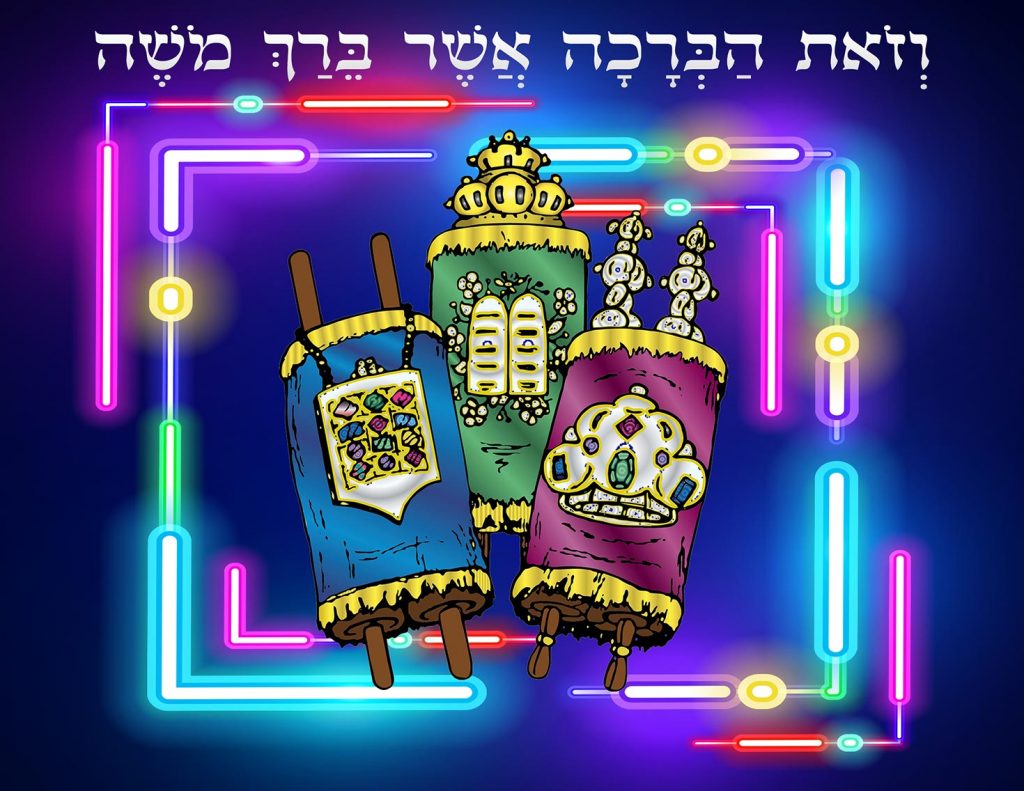 Mazal Tov! We finally made it to Parshas V’Zos HaBrachah, the last of the 54 Parshiyos of the Torah. Unlike the other 53 Parshiyos which are all read in the Synagogue on Shabbos, V’Zos HaBracha is never read on Shabbos! It’s read on the festive holiday of Simchas Torah, which never falls out on Shabbos. (Besides in Israel, but let’s not get technical.)

We rejoice because we have completed the Torah and are ready and excited to start the cycle of reading the Torah once again… from the beginning, with the familiar words “Bereishis Bara Elokim.”

V’Zos HaBrachah is a short Parsha – the third shortest of all the Torah – with only 41 Pesukim. The theme of the Parsha is Moshe’s final blessing to Bnei Yisrael and his passing from this world. Although in this Parsha our great leader is taken from us, it’s not a sad reading – it’s a Simchas Torah Parsha – a MISSION ACCOMPLISHED Parsha! Moshe was given a unique mission from HaShem and within 120 years he accomplished it with flying colors!

Join us for the final Shazak Parsha Adventure, in the final Parsha of the Torah, Parshas V’Zos HaBrachah.

The Big Switch – From HaShem to Moshe

Think about it. This Parsha contains some powerful praises of Moshe Rabbeinu and it would be very awkward if Moshe, the humble one, was praising himself. Can you imagine Moshe proclaiming, “I am a man of G-d,” or “there never arose a great prophet like me”? And how does “The Torah that I have commanded” sound instead of, “Torah Tzivah Lanu Moshe” (“Moshe commanded us the Torah”)?