VIDEOS, PICTURES, TORAH INSIGHTS, INTERACTIVE QUIZZERS  & PUZZLES and a lot more!
A typical Shazak Parsha has around 20 sections. Find out more by clicking below.

Want more? Subscribe now for as little as 33 cents a day!

Enjoy Shazak VIDEO, a unique Parsha experience for everyone from toddler to Torah scholar. Try it, love it, and invite your friends!

After mastering Shazak Parsha – section by section – test yourself with Shazak Quizzer… Get ready for some Shazak hilarity! 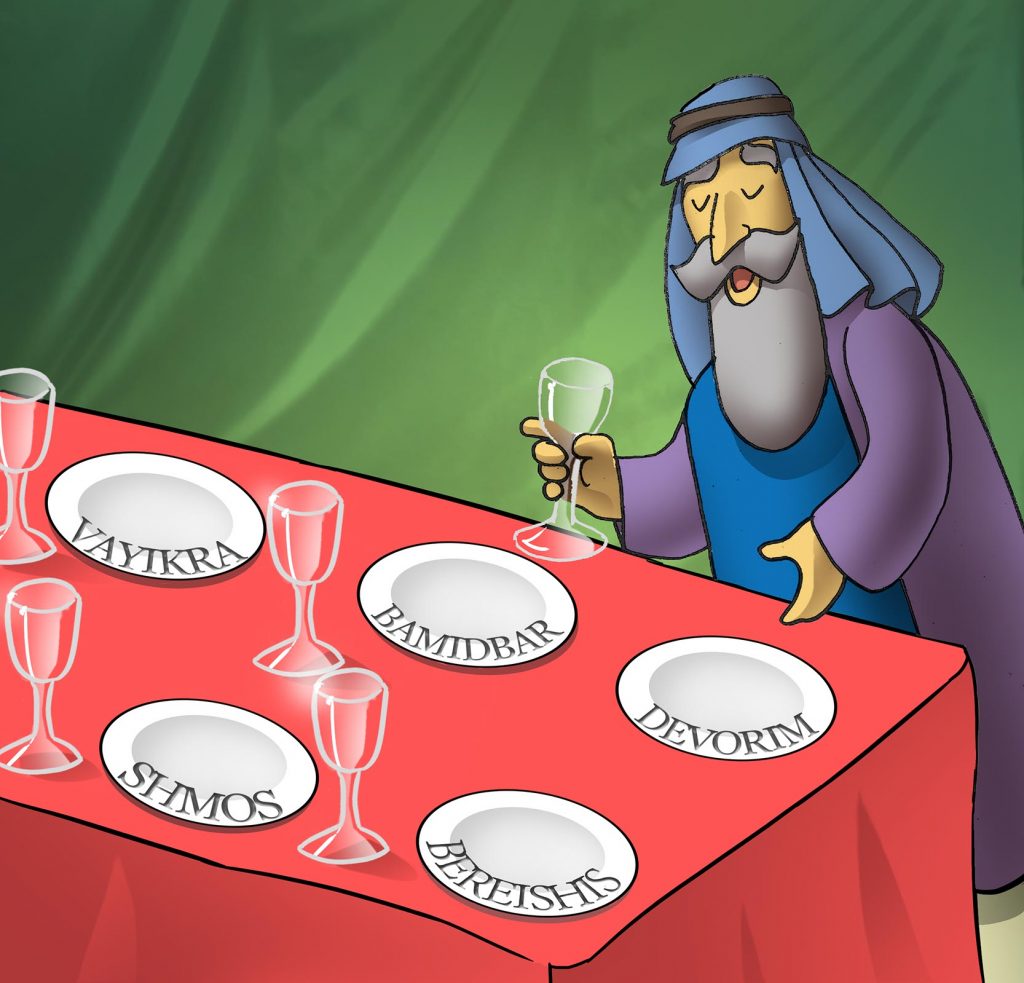 At last! In last week’s Parsha, we saw how Bnei Yisrael had their long-awaited encounter with HaShem at Mount Sinai! They had stood at the foot of the mountain and heard the Ten Commandments from none other than HaShem Himself and from their great teacher, Moshe. They are still spell-bound by this, but there was more to come. After the Ten Commandments, Moshe spent 40 days and 40 nights with HaShem on the mountain learning their details and many more Mitzvos.

“These are the Mishpatim – the laws – that you shall set before them.” So begins the first Parsha after the Ten Commandments.

Moshe was given the task to present the Torah’s laws in a clear, beautiful, and appealing fashion, like a “Shulchan Aruch,” “a set table.” When you set a table, you lay out the plates, silverware, and glasses in a neat and orderly way – and that’s just how Moshe explained the laws to the Jewish people, in an organized way so that the Torah was understood with clarity.

One of the greatest Torah giants of all time was Rabbi Yosef Karo. He was born in Spain, just a few years before Columbus discovered America in 1492. That same year, all Spanish Jews were driven out of their home country, including little Yosef. Later, he moved to Tzfat, a city in northern Israel, and wrote The Code of Jewish Law.

In this book is a clear, concise list of all the laws, guiding us from the time we wake up in the morning until the time we go to sleep at night. It also includes the laws of Jewish holidays, business dealings, damages, and marriage.

Rabbi Yosef did such an incredible job that after close to 500 years, it is still the most popular book of Jewish law, studied by Jews throughout the world. He became affectionately known as “the Mechaber,” the master author.

What was his secret of success?

It was a carefully organized book – like a beautifully set table. No wonder he named it “Shulchan Aruch” – “the set table.”

Parsha On a Page is a one-page printable PICTURE SUMMARY of the entire Parsha. Perfect for classroom teaching, coloring, and Shabbos table “retelling”!

Your solution for bedtime, commute time, and other “listening” times, like doing Shazak digital puzzles!

It’s your weekly one-page Parsha news report! Torah News Service brings you back in time to experience the Parsha in the present!