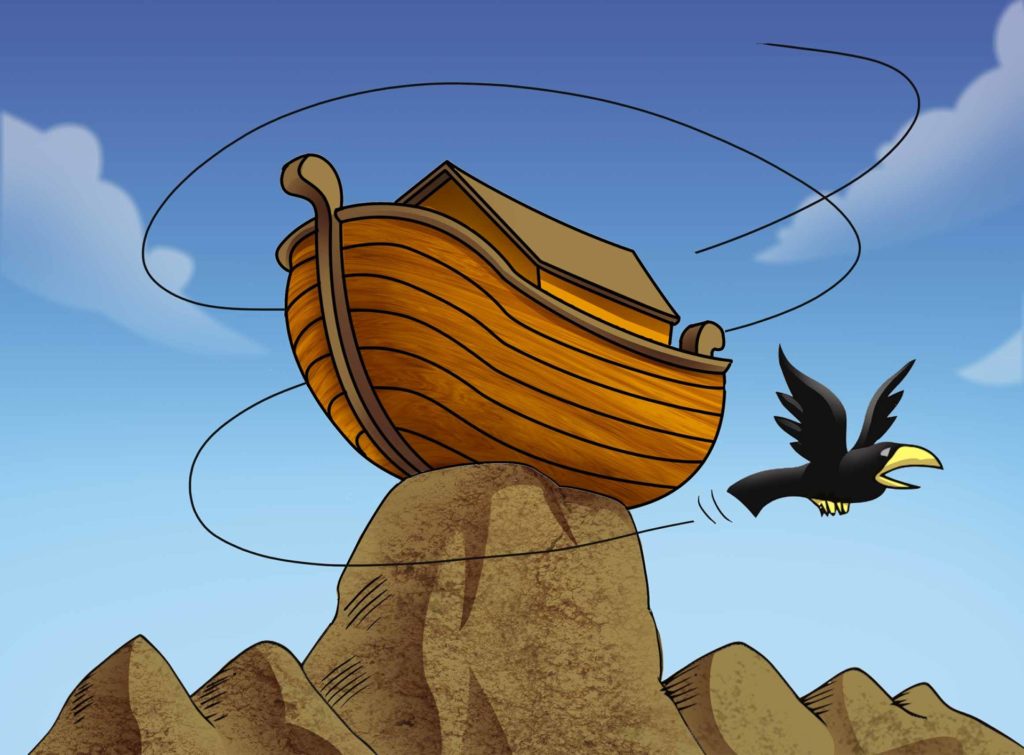 After 40 days and 40 nights the rain finally stopped. But water still covered the earth. Months passed by as Noach and his family floated on the water.
One day, the Teivah landed with a thud on the highest peak of Mount Ararat. Noach looked out the window and saw that the waters had started to go down, and were now low enough that he could see the tops of the mountains. He wondered whether the water had dried up completely. So Noach sent out a raven to see if there was any place on earth with dry land.
The raven circled and circled, around and around, but with no place to land, she flew right back to the Teivah.