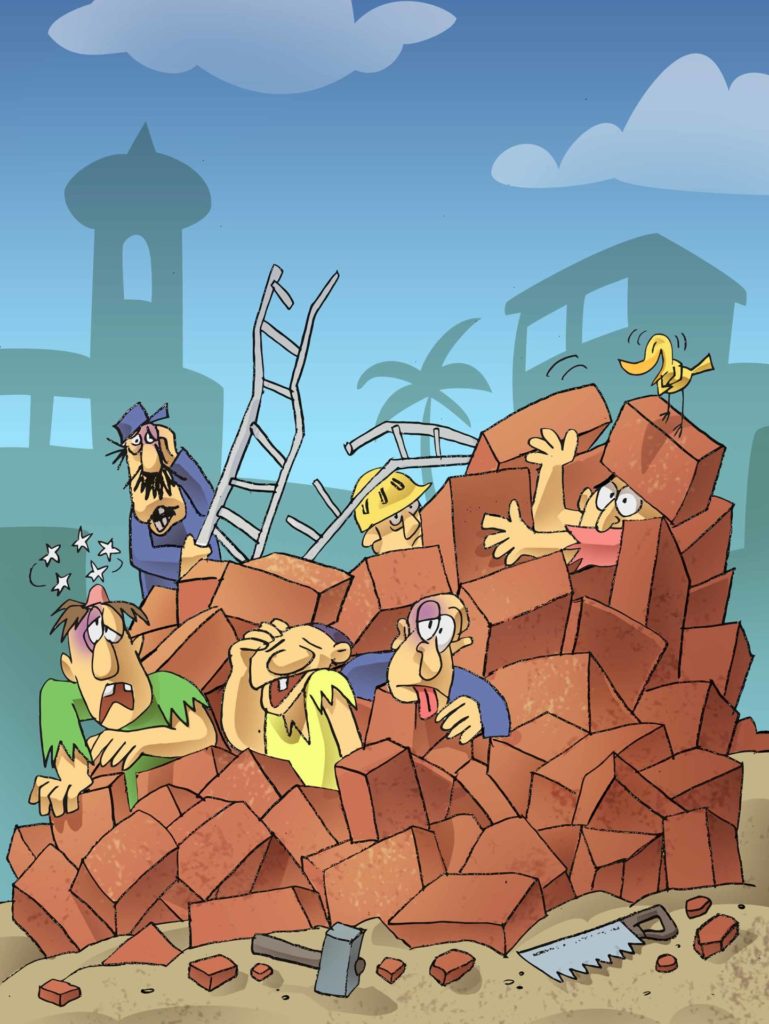 Even though the people had rebelled, HaShem decided not to destroy them–only to divide them. HaShem, together with his angels, caused the people to begin speaking in 70 different languages!
Suddenly, no one understood what anyone else was saying. The confusion that set in was incredible!
One worker would say to the next, “Hey, buddy, hand me a brick, will you?”
“A stick?” the other would say.
“No, a brick. A BRICK. You know, the heavy blocks we’re using to build the GREAT TOWER.”
“Oh, you mean this?” He would then toss a hammer over, hitting his coworker on the side of the head.
“Owww!”
One misunderstanding led to another until the whole project fell apart… literally… CRASH… BANG… KERPLUNK!
The angels scattered these people all over the world. Never again would they be able to unite against HaShem.