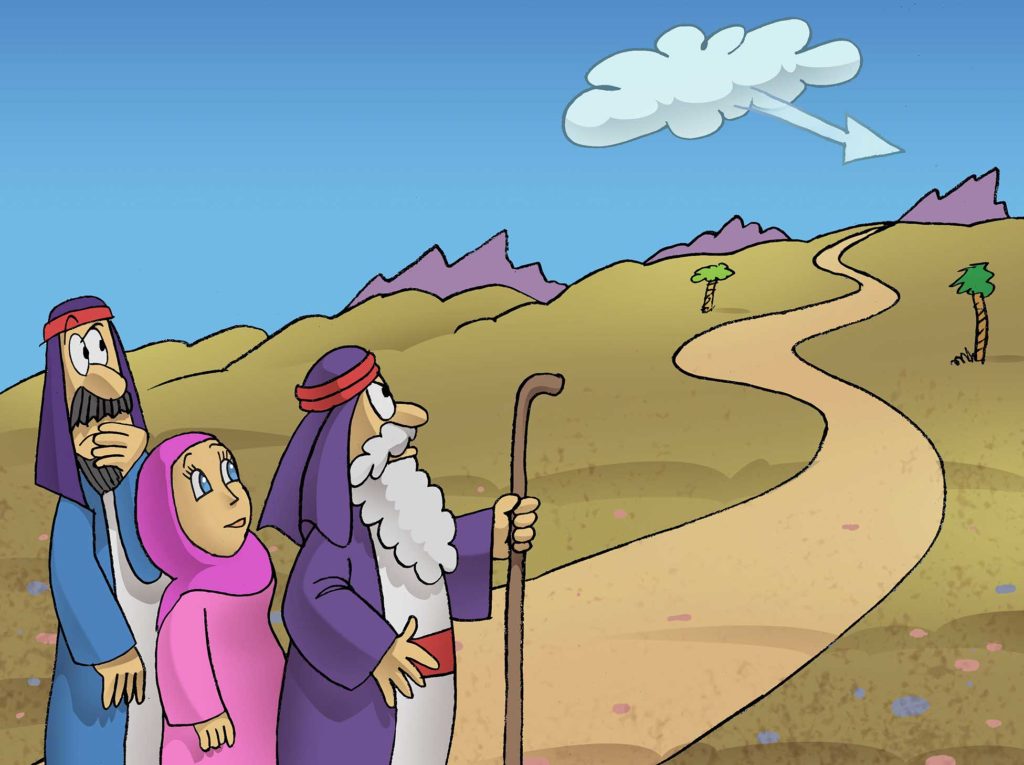 While living in Charan, Avram and his wife, Sarai, continued to teach others about the one G-d, HaShem, and gained quite a few followers. Avram taught the men and Sarai taught the women.
HaShem saw that Avram and his wife were the most special, the most righteous and the most faithful people on planet earth. He decided to make Avram the father of the Jewish people – a holy nation, and Sarai the mother.
One day HaShem called to Avram, “Lech Lecha – Go away from your land, from your birthplace, and from your father’s house, to the land that I will show you. I will bless you and make you great!”
Could you believe it? Avram didn’t even know where he was going, yet he was ready to do whatever HaShem asked of him. He left immediately with his wife, Sarai, and his nephew, Lot. They were also joined by many of the people whom they had taught to believe in HaShem.
So how did Avram know where to go? HaShem sent special clouds that showed them the way.