An Incredible Test of Faith 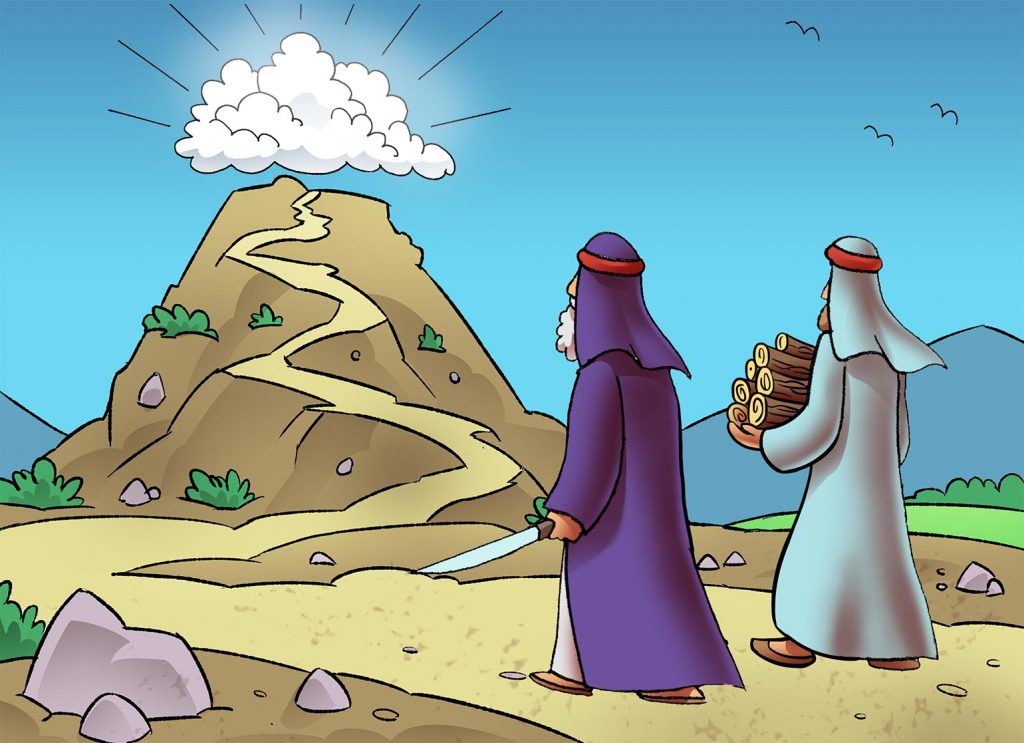 Years later, when Yitzchak was 37 years old, HaShem called to Avraham:
“Avraham.”
“Here I am.”
“Please take your son.”
“But I have 2 sons,” answered Avraham.
“Your only one.”
“But each of them is the only son of their mother.”
“Whom you love,” HaShem replied.
“I love them both.”
“TAKE YITZCHAK!”
Go to the Land of Moriah and bring him up for a sacrifice on one of the mountains that I will show you.”
WHAT?! Sacrifice his one and only son, for whom he had prayed and waited so long, from whom HaShem had promised to make a great nation?! How could HaShem ask this from Avraham?!
Indeed it was a test – the most difficult test you could imagine, and Avraham was ready to do whatever HaShem asked of him.
Although he had no clue even as to which mountain he had to go, Avraham did not waste a moment. He woke up early in the morning and saddled his donkey. Out of his great love for HaShem, he personally did all the preparations for this holy task.
Avraham set out on his mission together with his sons, Yitzchak and Yishmael, as well as his trusted servant, Eliezer.
They traveled 3 days, until they saw a unique cloud on top of Mount Moriah. It was like no other cloud they had ever seen, glowing with holiness, and they knew they had found the right place.