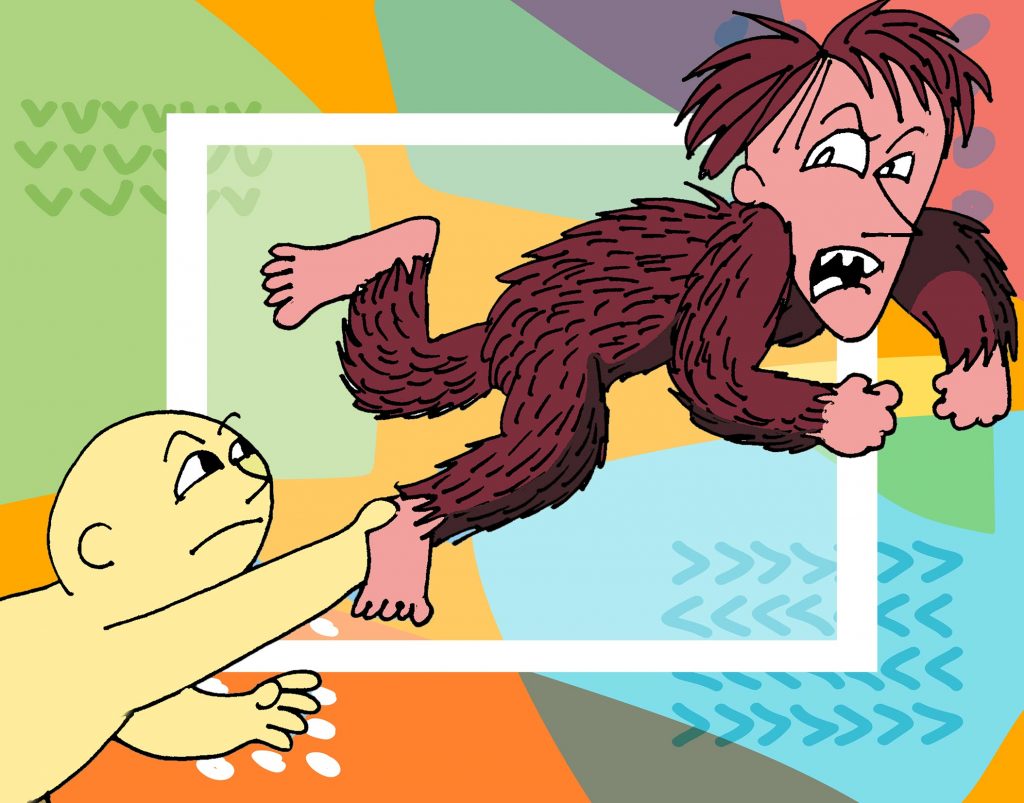 Pulled in different directions, Rivkah somehow made it through the pregnancy, and finally, THE TWINS WERE BORN!
The first twin was reddish and covered with hair. He was named Eisav, from the Hebrew word Asah, meaning “complete,” because at birth he already looked fully formed, the way an older child would – with plenty of hair. By the way, (contrary to popular opinion) his English name was NOT Harry.
The younger twin had smooth skin, and as he was born he was grabbing onto his brother’s heel, as if he was trying to come out first. They named him Yaakov, from the Hebrew word, Eikev, meaning “heel.”