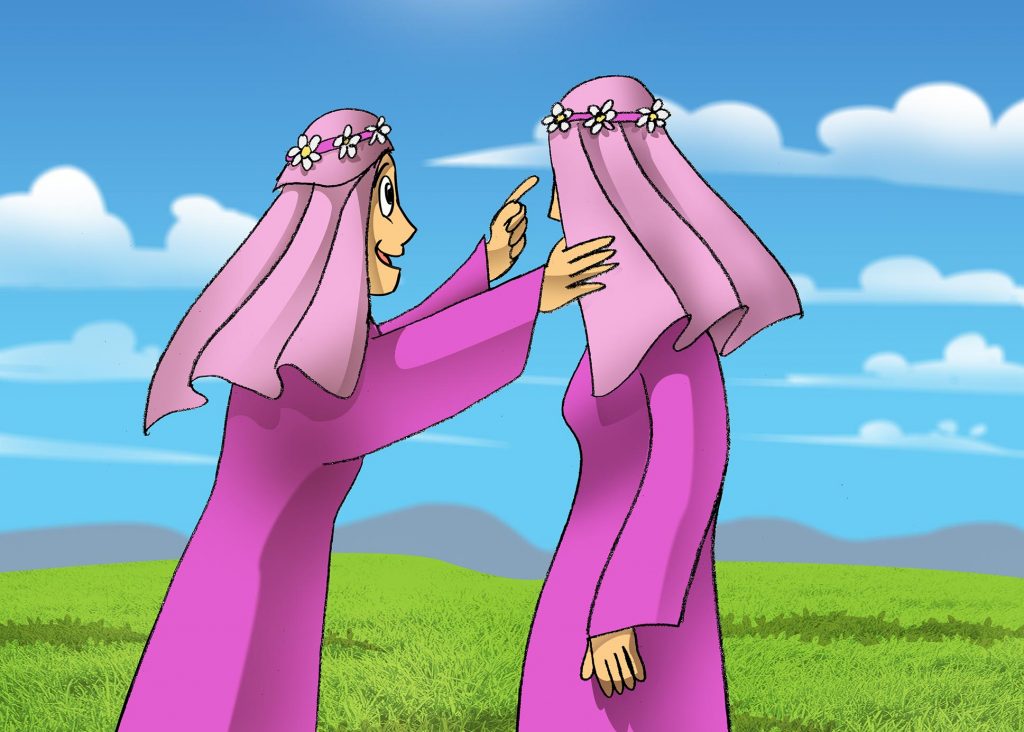 The day of the wedding was approaching. Yaakov wanted to make sure that he wouldn’t be tricked by the sly Lavan into marrying the wrong woman, so he told Rachel, “Just to be on the safe side, here is a secret code. Under the Chupah, (wedding canopy) your face will be covered with a veil and I won’t be able to see who you are. You’ll tell me the secret code and I will know for sure that it’s you, Rachel.”
Finally, it was the day of the grand wedding! Lavan invited everyone in town to the festivities. But he had a little trick up his sleeve. He had secretly done a bride-swap. Now Leah is the bride!
Lavan was hoping that Yaakov would not discover the identity of his bride until the next morning long after the guests had left.
But Rachel knew that Leah didn’t know the secret code and realized that Yaakov would soon find out that he was being fooled!
How embarrassing it would be for Leah when everyone would realize that Yaakov was being “forced” to marry her against his will!
So right before the wedding ceremony, she approached her sister and whispered, “My dear sister Leah, this is the secret code, pssssss…psss.”
What a special woman Rachel was. She was willing to give up marrying Yaakov, just so Leah wouldn’t be embarrassed in public!