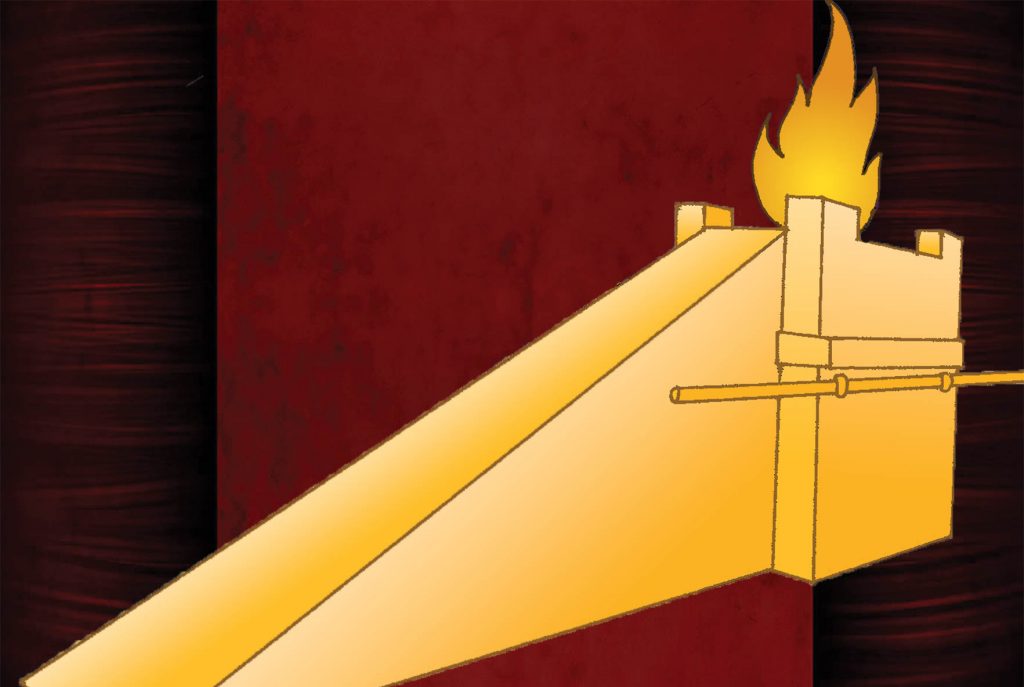 HaShem told Bnei Yisrael, “Make a large Mizbei’ach out of wood, covered in pure copper outside in the yard that surrounds the Mishkan. This is where My people should bring animals to sacrifice. Build a ramp leading up to the fire at the top, and place rings on its sides, to hold poles, so it can be carried during travels.”
This “Outside Altar,” also known as the “Copper Altar,” was holy, and miracles happened there all the time. For example, even though it stood under the open sky in the courtyard of the Mishkan, rain never put out its fire.
“And now the forecast… Heavy rain, followed by more rain, and more rain, all over the place… besides for the outer court of the Mishkan. As usual, not even a single drop of rain fell in that area!”
Also, even when the wind blew, the smoke from the altar always rose in a perfectly straight column right up to the sky.
This Mizbei’ach was so important that much of the next Sefer, the book of VaYikrah, was dedicated to the laws of bringing sacrifices on this “Outside Altar.”