Choshen Mishpat – A Flash of Light! 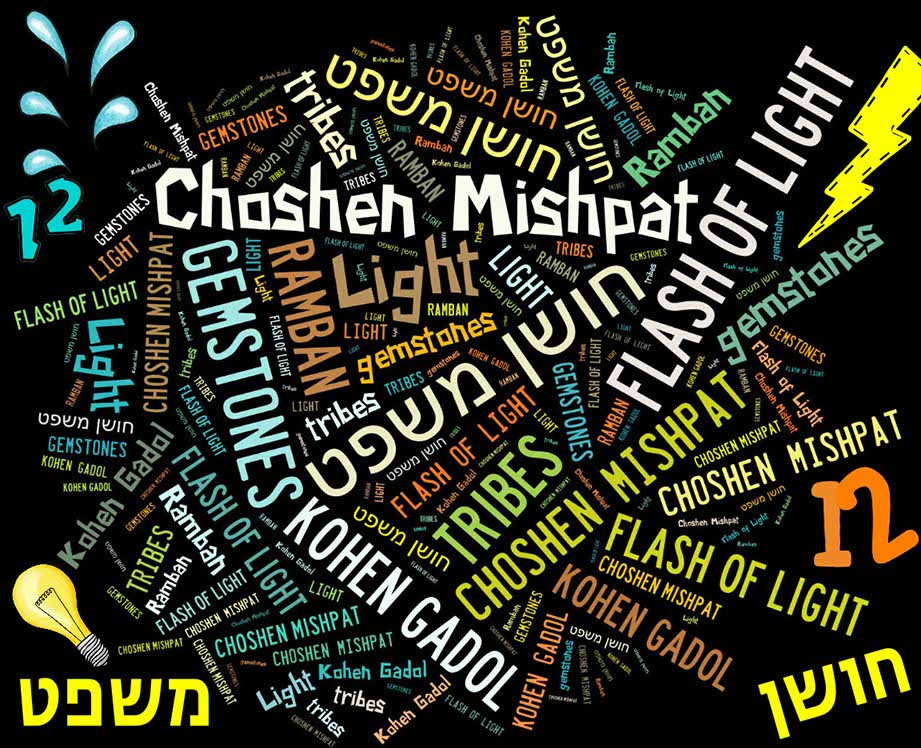 Let’s talk a bit more about the Choshen Mishpat.
This special garment was a square piece of material folded over to make a pocket, and inside it was the Urim V’tumim, a piece of parchment with HaShem’s holy name. On the front of the Choshen Mishpat were 12 gemstones, with one name of the 12 tribes engraved upon each stone.
This Choshen Mishpat functioned not only as a garment of the Kohen Gadol, but was also a miraculous “answering machine,” coming straight from HaShem!
Here’s how it worked:
Whenever there was an important question to be asked of HaShem, the question would be brought to the Kohen Gadol. The great Torah commentator, Rabbi Moshe ben Nachman, also known as the Ramban (1194-1270), gives us an example how this process worked:
When Bnei Yisrael crossed the Yarden (Jordan River), about to enter the Land of Israel, they knew that they had to conquer the land by defeating the nations occupying the land. They wanted to know which of the 12 tribes would lead the way. Pinchas was the Kohen Gadol at the time. He entered the Mishkan wearing the Choshen Mishpat and posed the question.
“Which of the 12 tribes shall be at the front line – Reuven, Shimon, Yehudah, Yisachar, Zevulun, Dan, Naftali, Gad, Asher, Menashe, Ephraim, or Binyamin?”
Immediately the answer came! The Urim V’tumim lit up certain areas of the Choshen which caused the letters י,ה,ו,ד,ה to shine. Now, Pinchas understood that the soldiers of the tribe of Yehudah had to be the first ones to go to war.