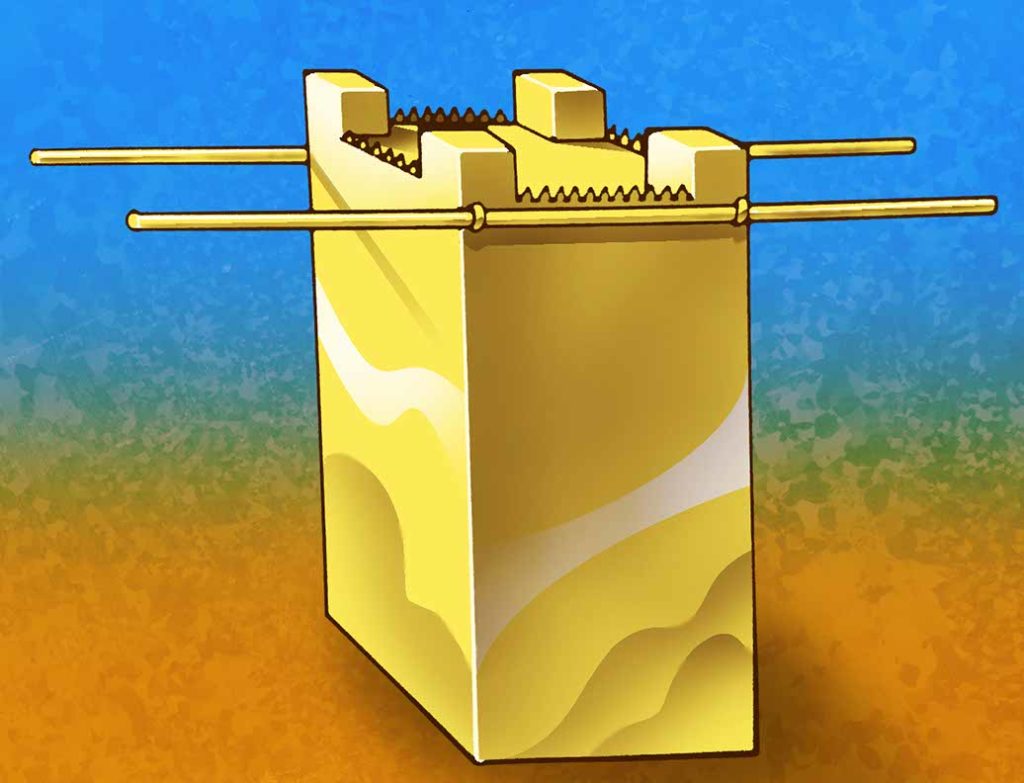 There was one more important structure needed in the Mishkan – an altar for burning incense. This Mizbei’ach was 2 Amos tall, which is around 4 feet tall and much smaller than the copper Mizbei’ach, on which Bnei Yisrael sacrificed animals.
HaShem commanded Moshe, “Make it out of acacia wood and cover it with pure gold. Make a gold crown surrounding it. Place the altar near the Menorah in the Kodesh section of the Mishkan.”
Every morning and afternoon, a Kohen burned incense on the altar, and the fragrant smoke of the spices went straight up to HaShem!
This altar had several names – Mizbei’ach HaKetores, the altar of incense; Mizbei’ach HaZahav, the altar of gold; and Mizbei’ach HaPnimi, the inner altar, situated inside the Kodesh.
You might think that the description of the Mizbei’ach HaKetores should have been in last week’s Parsha, Parshas Terumah, when all of the other objects for the Mishkan were described.
But, as mentioned several times, the Torah is not a history book that follows a specific order. Sometimes, certain things are told in unexpected places in the Torah, just for the purpose of setting them apart and showing us how important they are. The incense offering was a special sign of the love between HaShem and Bnei Yisrael!