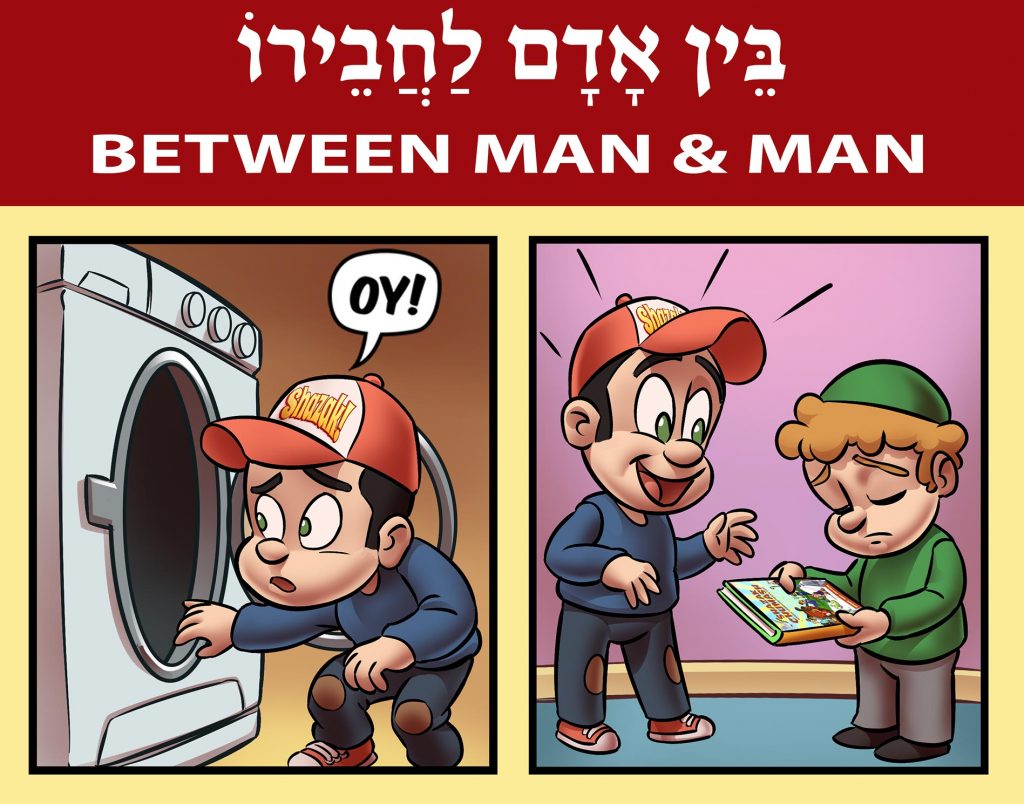 If someone hurts someone else in any way, it’s not enough to pray and ask HaShem for forgiveness.

It’s time for a Shazak Scenario:

“I just love Shazak books, Out of Egypt, Queen of Persia and Miracle Lights! They’re so much fun and I really learn a lot. Oh, how I wish I could have this new Shazak book.”

Wow! He was enthralled, and actually took the book without letting Avi know.

Time passes. Meanwhile Gabi is an “unhappy camper,” and everybody in his family joined the Shazak Chumash book search.

“Even in the washing machine!”

Where did it go? It’s a total mystery!

Finally, with Yom Kippur around the corner, Avi regrets his actions and wants to make amends.

Do you think it’s enough for Avi to pour his heart out in prayer to HaShem without returning the book?

First he must return Shazak Chumash to Gabi and apologize. And only then, after Gabi forgives him, do Avi’s prayers help for total forgiveness. (The moral of this story is – buy your own copy of Shazak Parsha…)

The other category, called Bein Adam LaMakom, are those Mitzvos that do not involve another person. They are Mitzvos “Between Man and HaShem,” such as keeping Kosher, wearing Tefillin, putting up a Mezuza, and praying. 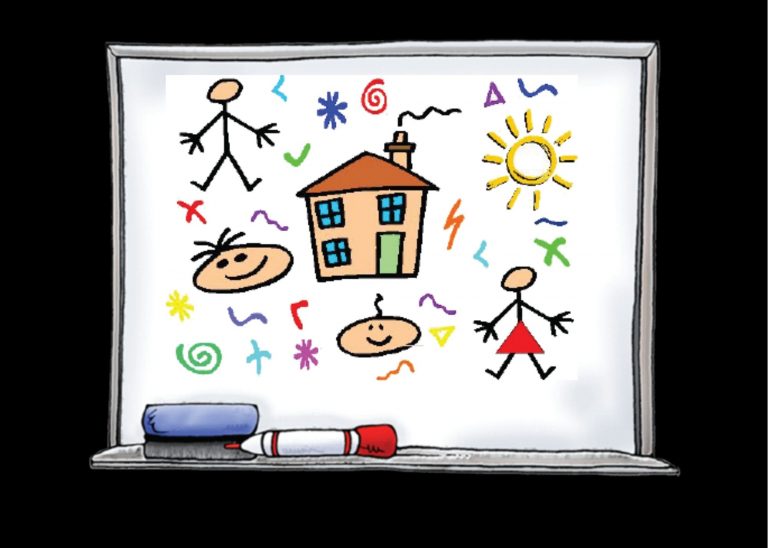 Are you the one who drew this? What talent!!