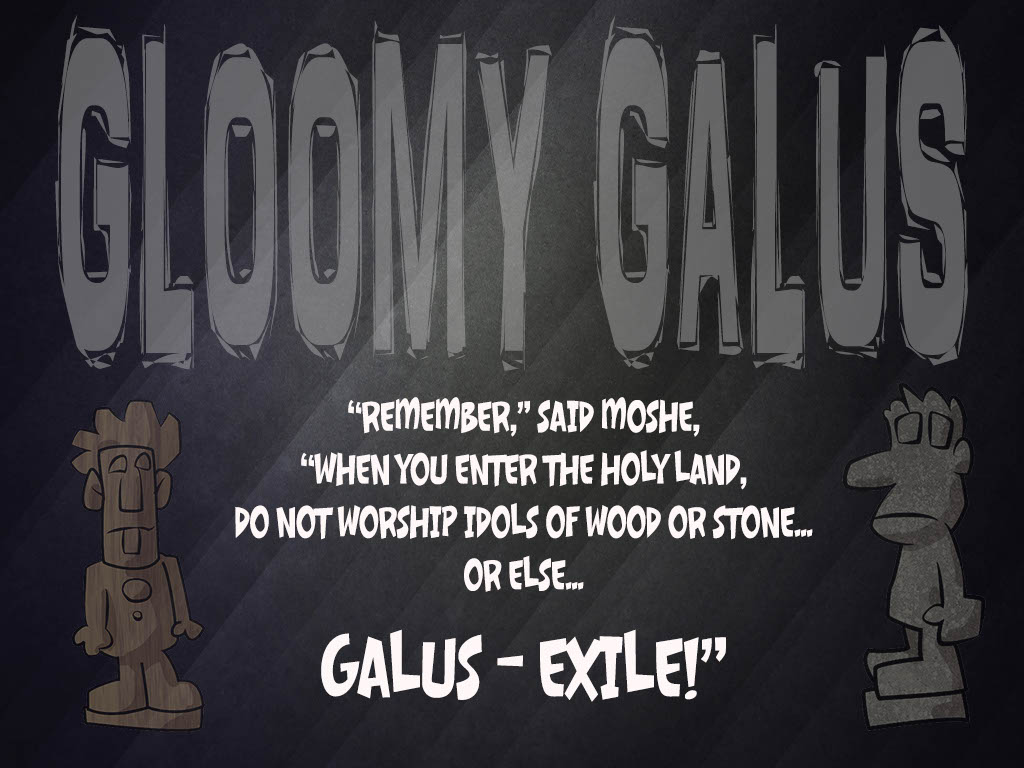 “I’ve spoken to you a lot about Eretz Yisrael,” Moshe continued. “But above all, it is a Holy Land. After you have lived in Eretz Yisrael for a very long time, you may become overconfident and think, ‘we are safe, secure, and established in this land. We have children and grandchildren. We are here to stay… forever!’”

“Okay,” some of the people thought, confused, “and what’s wrong with that?”

“Remember!” Moshe said in a forceful voice, “At that point, you may serve idols made of wood and stone, which neither see, hear, eat, nor smell. HaShem will then quickly exile you from the Holy Land. He will scatter you amongst the nations of the world. It’s exile. It’s Galus!”

“Galus? Exile? It sounds dreadful. Does that mean we will never have a chance to come back?”

Moshe continued, “But remember, hope is not lost! HaShem is merciful! While living in that bitter Galus, you will seek out HaShem with all your heart and soul. And you will find Him! HaShem will once again perform miracles for you, just as He did when He took you out of Egypt! You will return to HaShem and HaShem will take you out of Galus and return you to the Promised Land – the land he promised to our forefathers, Avraham, Yitzchak, and Yaakov.”

“Forefathers?! I thought they were only three!”

“And let’s not forget our foremothers, Sarah, Rivkah, Rochel and Leah!”

“Yeah… they are four mothers!”

The great Rabbi Yeshaya Horowitz, a.k.a. the Holy Shelah (of the late 17th century), points out that the weekly Torah readings are often connected to the Jewish holidays of that time of the year.

Our Parsha is no exception.

Parshas VaEschanan is the Parsha read in Shul after Tishah B’Av. That’s where Moshe tells his people bad news, all about exile, but more importantly he shares a message of hope with them.

How fitting for Tishah B’Av – the day we commemorate the terrible events of our long and hard exile. But it’s also a day of hope. On Tishah B’Av, we pray with all our might for our return to Eretz Yisrael and the building of the Third Beis HaMikdash with the coming of Moshiach, speedily in our days! Amein!

It’s a story of exile and hope. A perfect reading for this time of the year. 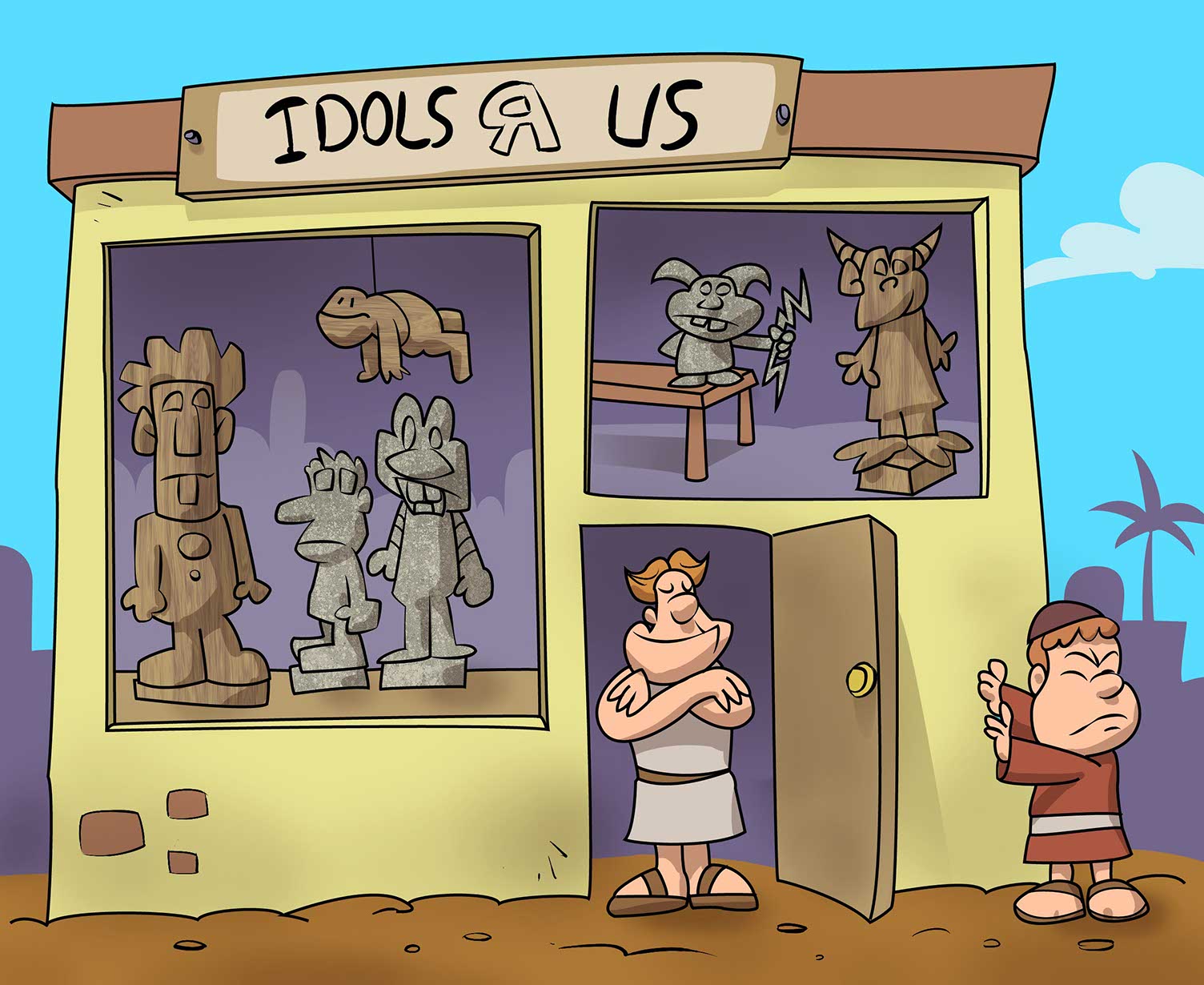 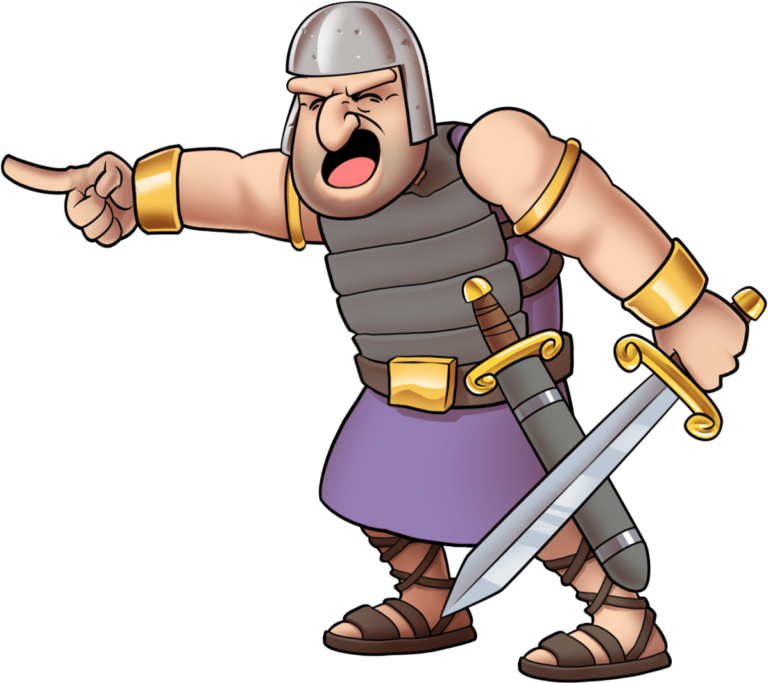 Did you know my nose is crooked?