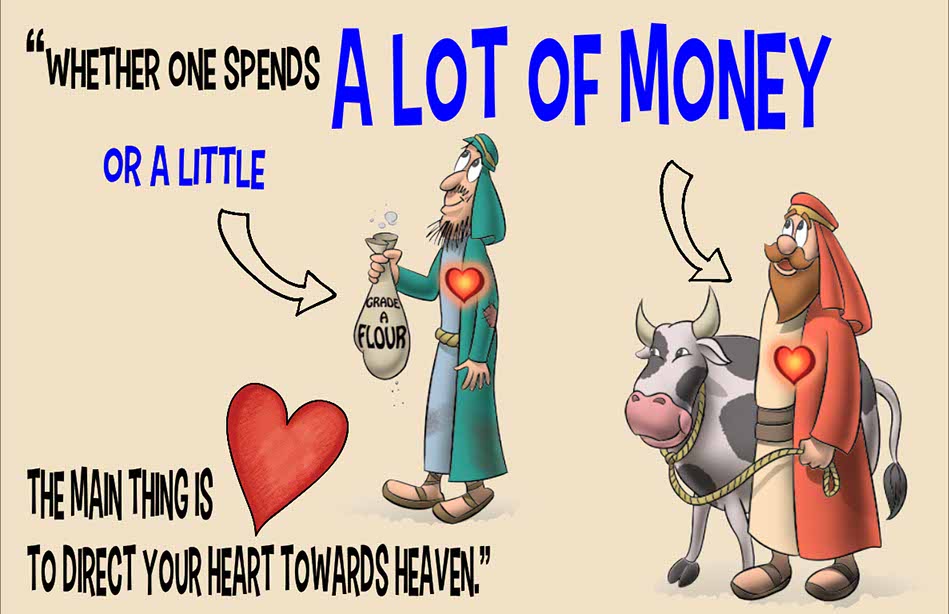 When a Jew needed to bring a Korban, he would try very hard to give the best of his animals to HaShem. Although it would be cheaper to sacrifice a small, thin animal, he would try his best to offer the plumpest, healthiest animal he could afford.

Do you remember how, not long after HaShem created the world, Hevel, son of Adam and Chavah, volunteered to bring a Korban? He wanted to do something very special, and he offered the best of his sheep to HaShem. He knew his offering was accepted when a fire came down from Heaven and consumed the sheep.

Nowadays we don’t actually bring Korbanos, but this Mitzvah teaches us the importance of beautifying other Mitzvos that we do. For example, we buy the nicest esrog we can afford for Sukkos, and the highest quality Tefillin and Mezuzos.

On the other hand, as we shall soon see, if a person could not afford expensive Korbanos, he could offer less expensive ones, and still fulfill the Mitzvah.

Regarding Korbanos, our great Rabbis have said, “Whether one spends a lot of money or a little, the main thing is to direct your heart towards Heaven.” Indeed, HaShem looks down from Heaven and knows exactly whether the person is offering his Korban with all his heart.

That is why, from all the Korbanos, HaShem chose the voluntary Korban, the Korban Oleh, to begin Sefer VaYikra. Nobody commanded this person to bring it, yet he decided to bring this Korban out of his great love for HaShem.

So that’s the way we should perform all Mitzvos, not only Korbanos – doing them because we love HaShem sooooo very much!